Home Music Winnipeg is obsessed with Phantom of the Paradise and now someone’s making... 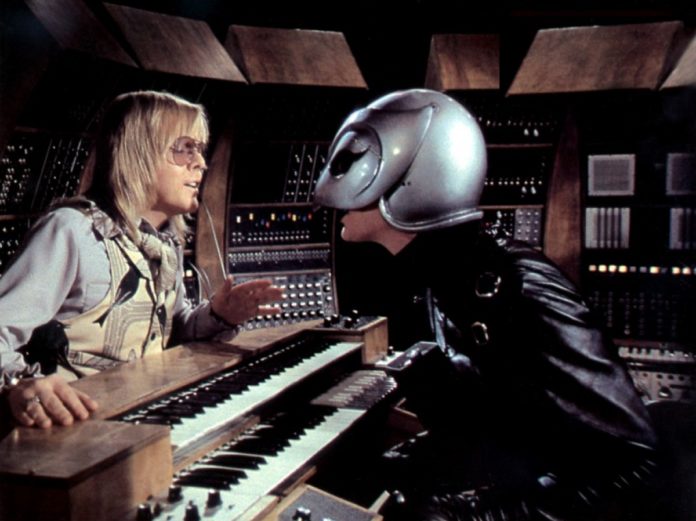 The word “cult” is thrown around in relation to music and film a lot, but as everything is further nichified and hypertargeted that term starts to lose its footing. The Rocky Horror Picture Show is often held up as the quintessential cult movie, but when the dress-up shadow-cast midnight productions happen in cities all over the world, often monthly, how much of a cult is it really?

In 1974, the same year Rocky Horror came out, there was another over-the-top glam rock musical. While Rocky Horror eventually transcended its local New York phenomenon, Phantom of the Paradise remains the realm of rep cinema friends and family screenings, music nerds, Daft Punk and Winnipeggers.

Yes, Winnipeg. While the film bombed in the States and lasted only one week onscreen in cities like Vancouver and Calgary, the half-Phantom of the Opera/half-Faust epic stayed in cinemas for over four months in Winnipeg. It outsold Jaws.

That’s a tall order considering how localized the “phans” are, but they managed to bring out the original cast for Phantompalooza events in 2005 and 2006 and treated songwriter Paul Williams to a hero’s welcome, long before Daft Punk reintroduced him to a wider, younger audience with 2013’s Random Access Memories and “Touch.”

You can contribute money at Indiegogo or footage at [email protected] The filmmakers are especially looking for photos of two sold-out Paul Williams concerts in Winnipeg in 1975. “There were about 2,500 people at each of those shows, the majority of which would have been 11-year-old girls with Instamatic cameras,” consulting producer/Phantompalooza chair Doug Carlson reminisces to the Winnipeg Free Press. “Any photos that exist or survive, we’d absolutely love to see them.”