Home Travel Why is New Jersey an excellent place to visit?

If the first things that come to your mind, when you read the title, are the Jersey Shore and The Sopranos TV shows, then you are already in the right place. These shows helped to increase the popularity of this state and introduce it to the entire world. Both shows are special. The Sopranos show follows the life of an Italian gangster family and their ordeals. The Jersey Shore goes in a completely different direction. They both depict real-life stories.

During the summer holidays, thousands of people come to New Jersey to experience the House Sharing. It is an event that starts on Memorial Day, which marks the unofficial beginning of summer when people rent houses to share with others, mainly strangers. It is an opportunity for young people to unleash their inner Snooky or Pauly D. You can already guess where this is going – partying, alcohol, sex, loud music, a couple of troubles along the way – all the fun stuff! Everyone is welcome to join, as it is all part of the culture.

However, wild parties are not everything that New Jersey has to offer. Jersey Shore is a coastal region that encompasses about 141 miles (277 km) of oceanfront, bordering the Atlantic Ocean ass stated by njmcdirect. Due to the state’s peninsular geography, both sunrise and sunset can be enjoyed. Numerous boardwalks with arcades, water parks, and amusement parks boasting multiple rides and attractions, make Jersey Shore a trendy vacation spot. The beaches stretching as far as the eye can see provide visitors with numerous activities.

Atlantic County is highlighted by Atlantic City, a popular tourist destination with countless attractions and things to see. The resort city is an excellent tourist destination known for its casinos, beaches, malls, and, of course, a boardwalk. The four-mile (6.4 km) boardwalk is fronted by bars, hotels, restaurants and, amusement. It is a family-friendly place with a Steel Pier, an amusement park built over the Atlantic Ocean, Atlantic City Aquarium, and Lucy the Elephant, a six-story wooden structure that has become an icon for the Atlantic City area.

Cape May is one of the oldest vacation seaside resorts with a rich history, Victorian structures preserved in pristine condition and award-winning beaches. It is also famous as one of the top birding sites in the country. Large concentrations of birds migrate to Cape May, especially during spring and fall. Naturally, it`s one of the best destinations for a relaxing vacation.

Ocean County is part of the New York metropolitan area known for the beachfront communities like Seaside Heights, Long Beach Island, Six Flags Great Adventure, which is the home of the world’s tallest and second-fastest roller coaster, Kingda Ka.

Along with Ocean County, Monmouth County is a mecca of fishing and boating. The eastern shoreline consists of public and fishing beaches, considered to be among the most beautiful in New Jersey. Monmouth County has more than thirty parks to explore and enjoy. Many of these parks have access to lakes and rivers, which allow swimming and boating to go to with nature exploration.

Fun is not to be overlooked in this county. A family-friendly county with mountain trails and eighteen parks is a perfect opportunity for horse riding lessons and summer camps. For those who crave more excitement, there is a gun range to shoot up a dose of adrenaline

New Jersey plays a predominant role as a United State’s cultural nexus. It takes great pride in its music cultural heritage, being home to dominant musicians in various genres like Frank Sinatra who was one of the most popular and influential artists in the 20th century; Bruce Springsteen, a singer, songwriter, and a musician who has won twenty Grammy awards out of fifty nominations; Jon Bon Jovi, a renown singer-songwriter, record producer and actor. The list of artists is long for New Jersey is the birthplace of many influential musicians and bands in Jazz, R&B, Hip-Hop, Rock, and other genres. It is interesting that even with such a rich musical history, New Jersey is the only state without a state song.

The impact New Jersey has made on the world in technological advancement is astounding. It is the fourth-ranking U.S. state by the number of patents issued and is the only state with its own inventors’ hall of fame. Not only it produces inventors, but the country also celebrates them. A large number of prominent educational institutions can be credited as the root of ingenuity. To cite a few among many: Princeton University, one of the world’s most distinguished research universities is often featured at the top of various global rankings, Stevens Institute of Technology is one of the oldest universities and was the first university solely dedicated to mechanical engineering, The New Jersey Institute of Technology if regarded as a leader in engineering and science. Having a high level of quality education, New Jersey became the place of origin of modern inventions such as the lithium battery, the FM radio, the lightbulb, the motion picture camera, and the electric train. Other creations include the ice cream cone, the zipper, the phonograph, the postcard, the drive-in movie, and many more.

None of these accomplishments would be possible if stomachs were empty. Luckily New Jersey does not lack the places to enjoy a nice meal. New Jersey has more diners than any other state, approximately 600, and is often referred to as the diner capital of the world. Typical cuisine includes American foods such as club sandwiches, hamburgers, and other simple dishes. The emphasis is on breakfast foods such as French toast, pancakes, and waffles. A large number of diners offer Greek dishes like gyros in addition to standard fares. New Jerseyans also developed several foods, including the famous Taylor Ham Pork Rolls, cheesesteaks and scrapple. There is one thing for sure – you will not go hungry in this state! 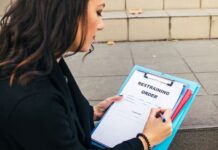 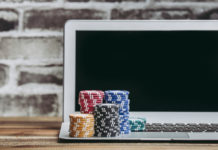