Home Celebrity Who is Yasmine Bleeth? 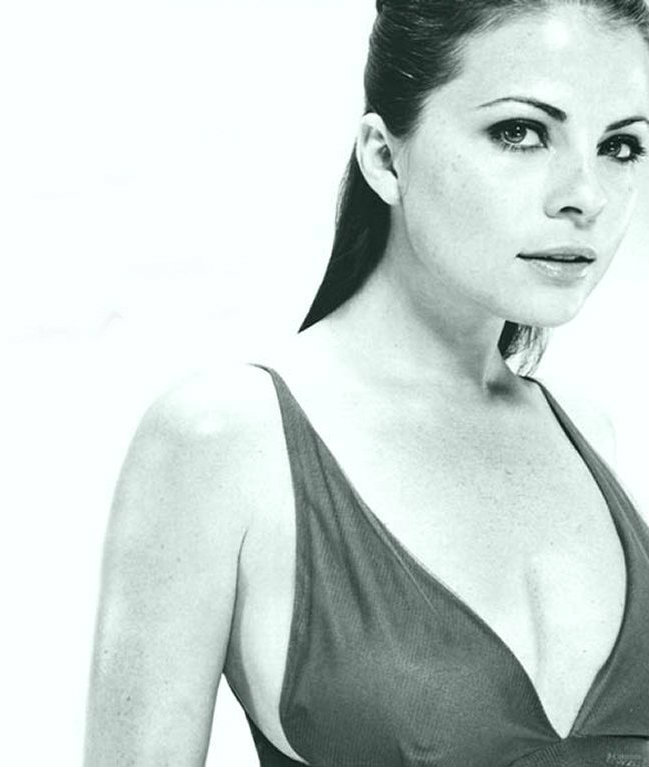 Every decade has its own list of gorgeous superstars. During the iconic 1990s era, Yasmine Bleeth was at the top of this list of beautiful actresses. She was born in New York City on June 14, 1968, and was only 10 months old when she first appeared in a commercial for Johnson & Johnson’s famous baby shampoo. Read on to learn more about her acting life and career struggles.

Six years after her adorable debut, she was already a known commercial star. Her first television appearance came on “Candid Camera”. At 12, came to the silver screen in the 1980 film “Hey Babe!” By 18 years of age, Bleeth had already worked on many soap operas, including “Tyan’s Hope” and “One Life to Live”. However, it was not until her role as Caroline Holden on the legendary TV show “Baywatch” in 1993 that she truly became a real star. In her signature red bathing suit running over the sand, she instantly became a household name and appeared on dozens of magazine covers. Practically every list of most beautiful women around the world featured her on top spots. The only sky was the limit for her during that time, as film and television offers came to her in record speeds.

Roles on shows like “Boy Meets World” and “The Naked Truth” and work as a lingerie and swimwear model were here gigs until her breakout role on “Baywatch” ended in 1997. She did not have to wait long to get her next big role, the starring role as Inspector Caitlin Cross on “Nash Bridges”. However, she left the show to star in “Titans”, but it only had 14 episodes between 2000 and 2001. By 2003, her stardom was already fading. She then reprised her role as Caroline Holden in “Baywatch: Hawaiian Wedding”. Many ask what happened to her since.

Her initial problems started in 2000 when she checked herself into Promises Rehabilitation Clinic in Malibu. She admitted she had a cocaine addiction. She was arrested the following year after she crashed her car. Police found four needles and one bag of cocaine inside. A search of her hotel room furthered the case with more cocaine and paraphernalia. The actress was sentenced to two years of probation and 100 hours of community service. She was off probation by the year 2004, and she wrote about her struggles in a three-page article for the “Glamour” magazine in April of 2003. She called this “Back from My Drugs Hell”.

She has been laying low sine them. Some of her former costars confirmed her career derailed because of drugs. “Baywatch” producer Douglas Schwartz revealed, “We were dealing with Yasmine not showing up and having difficulties…That’s why we let Yasmine go off the show; because it was too difficult to deal with her after a while.”

She even collapsed during a photo shoot after staying awake for several days. Without any big public appearances in more than ten years other than a “Got Milk?” ad in 2010, she was photographed in 2015 when she went to the beach alongside her husband Paul Cerrito. This was for the 55th annual Penguin Plunge on New Year’s Day. She looked much different than during her “Baywatch”. However, she was constantly smiling on the beach while the media snapped her significant weight gain and changed look.

She said she gained 20 pounds while her recovery took place at her mom’s house after rehab. The 50-year-old does not care about the new criticism because she is much healthier and happier than in the 1990s. “I looked like an alien. My eyes were bulging out of my face. I was 110 pounds and a size zero. I looked dead.”

She described using drugs as well, saying “It was like ordering Chinese food. I made one phone call and they delivered it to my front door. I never expected to get into drugs. And if I was sniffling, my publicist would tell people I had sinus problems, which I do.”

During her 12th anniversary with Cerrito this year, she said, “I’ve proven to myself that I can’t have both drugs and love. Every day, I have to make the choice again. So far, I choose love.” We are happy that she has a healthy life full of live now, after years of struggles. 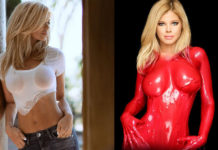