Home Celebrity Who is Bernadette Birk And What is Her Relationship With Bethenny Frankel... 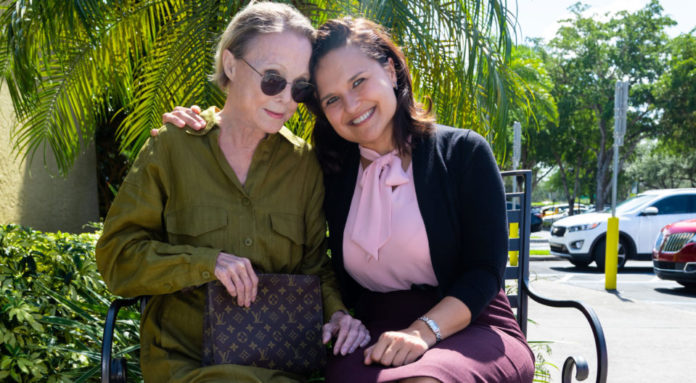 More than 10 years ago, Bethenny Frankel had a big fight with her mom, Bernadette Parisella Birk. The famous reality star and a healthy food businesswoman spoke about the broken relationship and their times together and really seems like she has no intention of repairing it.

Bernadette Birk is an interior design professor. She has raised Bethenny in New York City alongside her husband and Bethenny’s father, Robert Frankel, who is a professional horse competitor. The pair separated when Bethenny was still quite young, after which her mom remarried to John Parisella. He owned a horse stable in Saratoga Springs, New York.

Bethenny specified in her memoir “A Place of Yes” some of the specific scenarios of how her relationship with Birk was breaking apart. She also remembers her dark childhood in a dysfunctional place of constant eating disorders, alcoholism, and violence. She wrote, “I didn’t feel like a victim as a child, and I don’t feel like one now. I never felt very safe, and I never felt like I could trust that someone else was in control of the situation.”

Bethenny says that Birk brought her to Las Vegas nightclubs when she was 13 years old, while her mom claims these are lies. “She was NOT in any nightclubs at 13, unless she was crawling out her bedroom window at night. But yes, we took her to Vegas with us because we were not going to leave her with a babysitter.”

Her daughter also said Birk was a bulimic alcoholic who had violent arguments with both her late father Frankel and her stepdad Parisella. “The house would be in shambles”. She remembers how her mom would throw “dishes, pictures, the TV — anything she could see”. She also cleaned up her vomit following her alcoholic episodes.

Bernadette Birk, on the other side, claims these are all lies. She told Star the following, “She has made up lies all her life and eventually, as twisted as her claims are, she starts to believe them.”

Lastly, Birk does not think this relationship can ever be repaired. “My comment is the same as it was — I consider her to be demented and beyond help. Reconciliation is not up to her at all. She would never want to repair anything because then all of her lies would come out.”