The 6.9 rated IMDB film directed by Scott Cooper was a definitive biographic about one of America’s most notorious crime bosses. The main role was played by Johnny Depp, and James Whitey Bulger wasn’t fond of it.

The fact that the movie was supposed to be the “be-all-and-end-all” of Whitey’s criminal life, it was apparent why he wouldn’t like it.

After the release of a book that portrayed Whitey’s criminal life, fresh evidence appeared on the apparent dislike of Depp’s role in the movie.

This book was meant to reveal the true story of his life, and all the dirty secrets Bulger had hidden for years. Despite being one of America’s most notorious gang bosses, this book came as a complete shock to everyone involved with him.

A Fake Story Or A Cover-up For the Truth?

James Bulger, by all means, is rightfully labeled as one of America’s most dangerous and violent gangsters. His name is so infamous that “Black Mass” isn’t the only movie made about him.

In “The Departed” Jack Nicholson played a version of Whitey, Frank Costello, while his character was also a source for inspiration in many other gangster movies and series.

The first ones that come to mind are “Ray Donovan”, “The Blacklist”, “Brotherhood”, and other lesser-known ones. But it’s safe to say that a lot of filmmakers have their own versions and variations of James Bulger displayed on the big screens,

However, even though Whitey disliked Jack Nicholson’s acting in “The Departed” no movie or series has brought greater disliking than “Black Mass”.

When “The Departed” came out, Whitey was on the run from the FBI, but he couldn’t resist and watch the movie. So, he went on a local screening whilst carrying a firearm.

Fortunately, a local cop from Bostom recognized Whitey, but couldn’t pursue him because he didn’t have a firearm. Witnesses say that James Whitey Bulger didn’t like Jack Nicholson’s acting at all during the screening.

After being caught, he told the writers of the book that he hated the acting so much that he shook his head ever time Jack appeared on the screen.

But what could be the reason for his apparent disliking for the movie? He even said that he refused to watch the movie in one of these letters.

According to the Scott Cooper Miami Fan Club, Whitey Bulger was particularly upset that he was portrayed as, not only a violent gangster but as a secret FBI informant.

While that is certainly the case, not many people know it, and that put Whitey in a difficult situation with the rest of the prison inmates. Also, according to the book writers, Whitey hated Johnny Depp’s portrayal.

What Did Whitey Hate the Most about Johnny Depp?

James Bulger was not only a violent criminal, but he was also forging a fake reputation in his mind. Bulger had numerous times described himself as a “gentlemen gangster”, while the facts say anything but that.

How can a person be a gentleman if they’re one of America’s most notorious crime bosses? The delusion was apparent, but Bulger refused to believe.

So when the filmmakers approached Bulger for a conversation with Johnny Depp, for obvious reasons, he outright refused as he didn’t want to endorse the movie nor Johnny Depp’s portrayal.

Although the book gives us fresh evidence saying that Whitey did want to accept the offer to meet with Depp, it simply never happened due to safety fears.

When the movie came out, it was evident that Whitey had been an FBI informant and responsible for ratting out several of his friends and rival gang members.

This didn’t stand well with the “gangster community” and Whitey’s life was naturally put at risk. After examining all of Whitey’s letters, the book writers told the truth as to what Whitey hated most about Depp.

It was the fact that Depp portrayed a character of James Whitey Bulger that not only was a dangerous killer, but also a rat for the Federal Bureau of Investigations that regularly gave information about fellow gang members and rivals.

The authorities had evidence of 19 killings carried out by Whitey.

That put James Whitey Bulger on the FBI’s Top 10 Most Wanted Fugitives list.

During his “lucrative” career as a gang boss, James Bulger carried out numerous crimes ranging from racketeering to extortion and even money laundering.

He was the boss of the Winter Hill Gang and responsible for many acts of violence carried out by his gang.

He was trialed on the 12th of June 2013 and was charged with two consecutive life sentences. While it was apparent that he will live out the rest of his days in the US Penitentiary Coleman II in Florida.

Prior to his death, there were apparent safety issues and Bulger was transported numerous times to other penitentiaries. The first was in Oklahoma, then Hazelton.

By the time of his death, James Bugler was an old man that could barely walk. His death came at the hands of another inmate while at Hazelton on the 30th of October 2018, just 5 years after being incarcerated.

James Whitey Bulger was an infamous crime boss that started his criminal career operating as a petty thief. He grew up on the streets of South Boston and quickly moved up the ladder whilst being a gang member for numerous gangs.

His first criminal charge came at the age of 14 whilst being a gang member for the “Shamrocks”. In the following years, Bulger would be arrested numerous times for larceny, theft, armed robbery, assault, forgery, and more.

He was incarcerated numerous times, with the first coming way back in 195. He served out 9 years and became even more violent.

Whitey Bulger may have not been a fan of Black Mass but he was one of the few. Scott Cooper has continued his successful journey in the movies and entertainment industry. 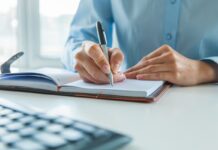 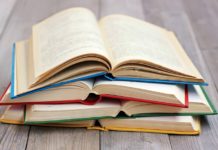 5 Most Effective Ways to Promote Your Book 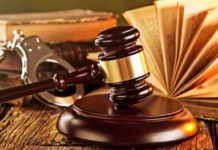 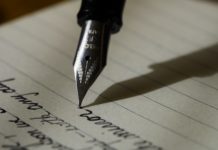