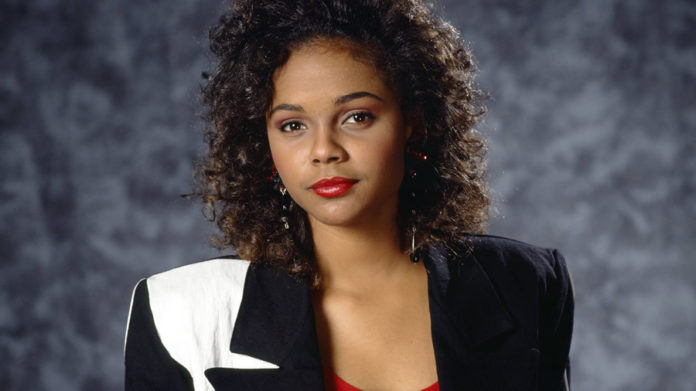 At one point, Lark Voorhies was a household name. She played Lisa Turtle in widely popular ’80s and ’90s sitcom Saved by the Bell. Unfortunately, she didn’t manage to translate that popularity into a career, since she only got a few minor roles after the series ended and stopped appearing in media.

Her first appearance after a long time came in 2012, when she was a guest at The Yo Show. She looked and acted so different that tabloids jumped on the story immediately. They uncovered a lot of things about her – bizarre behavior, a failed marriage, and a suspected mental health issue.

What first caught the eye of many fans of Saved by the Bell was how different Voorhies looked when she resurfaced in 2012 for her interview on The Yo Show. Even her voices sounded different. Some of the fans claimed she had some work done, sine the lines of her face, including her nose and her eyes, didn’t match to her previous look. Her makeup choice only made matters worse. But the most troubling was the way she spoke and articulated words, which was downright weird.

When talking about her favorite Saved by the Bell episode, she said: “Uh, let’s see. There were a lot of them with Hayley Mills [who played Miss Bliss], I will say that, and uh, us kids got a brush up as to her fame, and uh, it was wonderful working with her.”

This form of disassociated speech pattern was usually associated with people suffering from some form of personality disorder. As it turned out, the suspicions were true.

Her mother Tricia revealed that Lark Voorhies was suffering from a bipolar disorder after reporters asked her about the interview which went viral. “I care deeply about my daughter and I want her to resume her life,” said Tricia. Apparently, she was living with Lark and taking care of her after she suffered trauma. Tricia refused to comment on the nature of trauma, only saying: “There are things that have traumatized her.”

Lark was quick to deny her mother’s statement. “It is a small, uh, opinionated [sic] that is getting blown thoroughly out of proportion,” Lark told in an interview for Entertainment Tonight, again using her strange way of speaking, “I have no stating reasons why anyone should worry about me. I mean, clearly, I am a very strong, top-of-the-line, always riding to it personage.”

The interview only deepened the interest from the tabloids and they kept on digging. It wasn’t longed before Gawker found two books Lark Voorhies published, titled Reciprocity (2010) and True Light: A, superior, take, unto, the premier, haloing, of, attenuation. Readily, available, True Light, provides, resource, into, time’s, modified, and, vested, authenticate, revelation (2011).

Both were filled with incoherent ramblings and grammatical errors. One quote from her second book goes: “For, ages, we have learned, to, search, for, the, truth, about, life. The, truth, in, regard, to, the, opolous, insight. Facts, ascertaned [sic], according, to, the, willing, advance, of, theme, and, time. Fames, tolled, apart, from, steads.”

Lark Voorhies married her third husband, music producer Jimmy Green, in 2015. The marriage wasn’t drama-free, as her mother soon filed a restraining order against Green because she was “constantly afraid that the Defendant [Green] will cause her physical harm and this has caused severe stress on her every day since April 2015,”

Apparently, Green also had some gang affiliations, but that wasn’t something that concerned Lark. The couple defended their relationship vehemently. Lark told Entertainment Tonight: “We’re selectively together for all the right reasons.” Green added: “We’re the same as any other couple out there that’s in love, trying to accomplish business together, and it’s not a scam and no way to get money.”

Unfortunately, just six months after the wedding, it turned out it was all just for the money, as Green was caught trying to sell their sex tape on the open market. Lark filed for divorce immediately.

After another social media debacle in 2016, Lark is only active on Twitter. She tried unssucesfuly to jumpstart a musical career and it remains to bee seen if she can manage to turn her life around. Her relationship with her mother seems to be the only thing that she has going for her, but we don’t know is she managed to patch things up with Tricia. Hopefully, she can get better and once again be Lisa from Saved by the Bell we all knew and loved.