Home Sport How A Weightlifter Can Improve His Technical Performance 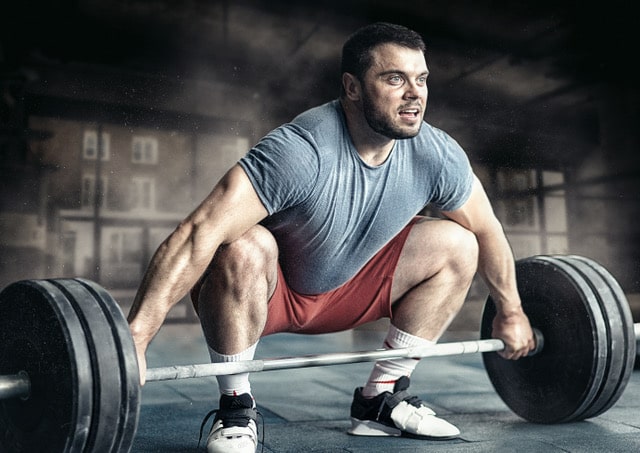 There is no limit to human improvement! And it’s also a matter of the technique of performing exercises in weightlifting. Rational, or perfect technique is a complex set of motor actions that provide the most effective solution to the tasks of each athlete. Therefore, you should never stop improving it. Also, the technique evolved significantly during the century. Now from a biomechanical point of view, it has become much more complicated. But, on the other hand, thanks to this, athletes can lift significantly heavy kilograms.

To improve the technique, each workout you should analyze the strengths and weaknesses of your movement in various exercises. This analysis will almost be the main motivation in development. It is also worth setting intermediate and distant big goals in improving serious shortcomings in technique. It takes months or even more to fix big mistakes, not days or weeks.

Determine whether you have gross mistakes in the jerk and snatch. There can be a huge number of small and large mistakes during lifting the bar. Some are a consequence of innate features, others are mistakes in learning and in the further learning of technique, while others are a disproportionate development in the strength of working muscle groups. Anyway, the process of improving technique is not easy, but everything is possible.

To begin with, let’s look at typical mistakes in the snatch and in the first part of the jerk – clean, because their structure is very similar.

Mistakes in starting position technique. For example, there is an incorrect width of the foot placement – very wide or too narrow. Legs should be placed approximately on the width of the pelvis. The difference can be a few centimeters, depending on the flexibility in the joints. If the optimal foot placement at the start is not convenient, then there are several reasons for this: 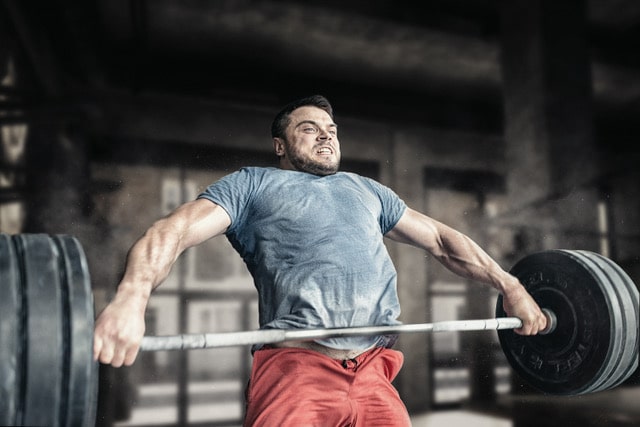 Therefore, the athlete knowingly places his feet to adapt to these conditions. But often such disproportionality does not allow you to realize the strength of all muscles. It is worth identifying the lagging muscles and working on their strength indicators.

It also requires working out the correct position of the bar itself near the athlete. The projection of the bar should be approximately in the middle of the foot. If the bar is far from the athlete, then it is unlikely that he will be able to lift it with the muscles of the legs and back. Bicep muscles will be included in the work early. If the bar is too close, then it means at the beginning of the movement we will “move” our shoulders back too soon.

To improve the technique at the start, you need to practice it separately for snatch and jerk. To increase flexibility, in addition to exercises on flexibility, it is worth including in the program once a week a  deficit snatch deadlift, standing on a platform of 3-5 cm. Choose such weight that you could follow all the above guidelines 3-4 times in 6-7 sets.

During the movement, some features need to be taken into account and improve its kinematics. In particular, early bending of the hands in the elbows is possible. Such bending should take place only after the legs and body are fully straightened, before dropping under the bar. If the athlete “grabs” the bar with his hands, then he excludes the strongest groups of leg and back muscles from work.

Another thing that you need to not only control but also practice is straight back during the pull. The muscles of the back during movement must perform a holding function. An important little chip to ease your pull is holding your head straight. After all, a sharp tilt of the head forward automatically relaxes the muscles of the back. In addition, when lifting the bar from the platform, you have to use the widest muscles of the back and opening the chest. At the same time, during the pull, you do not need to touch the knees with a bar. That is, you must cover the bar with the torso.

In the weekly training program, to work out the correct pull, in the preparatory period you can include such types of pulls as: pull to the knee level, pull with one pause or with several pauses. It is worth controlling the synchrony in the extension of knee and hip joints.

And of course, it is worth recalling that the athlete should stand on the full foot, up to the moment of power position. This ensures the simultaneous movement of the center of mass in the system athlete-gear. Since weightlifting exercises are short-term in time, minimal mistakes in technique will affect the result, and significant disadvantages in movement will directly determine the success of the attempt and result.

A separate section in the development of technique should be devoted to power position and final acceleration of the bar. The methodological guidelines are often not enough to improve something and, especially, change it. Therefore, it is worth choosing effective exercises. By the way, many useful tips, drills, and training programs can be found on the website of an experienced weightlifter and coach Oleksiy Torokhtiy. OLY SET is specially designed to improve the technique of individual weightlifting exercises: snatch, clean, and jerk. Each of these three programs, in addition to solving technical issues, contributes to the increase in sports results themselves.

For example, if the athlete has a low start of power position, which of course negatively affects the further altitude of driving and fixing the bar. In this case, the athlete moves the shoulders back ahead of time as if accepting the whole mass. In this case, effective exercises in the preparatory period will be: snatch from the high blocks and hang snatch above the knees and clean from high blocks and hang clean. These initial positions are simplified, so it is easier for the athlete to make efforts precisely for the power position height and extension in the final acceleration. During the competitive period, you can practice snatch and clean with a light weight at a slow pace, making sure that the power position is performed in the right place. So it is easier for an athlete to control these complex phases.

Of course, first of all, it is necessary to correctly determine the width of the grip, since it affects the height of the power position. Humans have different body proportions. For example, athletes of African-American descent have relatively long limbs, compared to the body, so they take the bar with a much wider grip. It is very easy to determine the desired width in the snatch. We do it first on a regular PVC, and then we project it onto the bar. We lift one hand exactly above the head, holding one end of the PVC, and straighten the second hand at the level of the shoulders to the side. We hold the second end of the PVC in it. The distance between these ends is the width we need. This width of the grip will show us the place of the power position. In the jerk, this width is approximately equal to the width of the shoulders.

Further, you also need to work out the correct catching position in snatch and clean. The snatch from the hip and snatch balance from shoulders are very effective for the snatch, both in preparatory and in competitive periods (with a jump, without a jump, without preliminary extending the bar). The following combinations are also possible: push press overhead + overhead + snatch balance with a jump.

For properly catching position on the chest for a jerk, you need to develop flexibility in the shoulder and wrist joints using stretching exercises. You should do it every workout. Also, a special exercise for such stretching is front squat with straps.

In the preparatory period, it is also recommended to practice hip clean and clean without power position to work out the catching position. If you are too slow with rotation of your elbows in turnover you also need to include in the program the power clean, where there is a lack of time and space, which will make you accelerate in this phase.

In the jerk, there are also several phases, on the technique of which you need to work.

If you lower your elbows in the dip and all the weight falls on your hands, then it is unlikely that you will be able to perform a powerful full-fledged drive of weight with your feet. There are very effective exercises for working out. For example, a jerk with a pause in the lowest phase before driving. As well as a half-jerk, where the bar is driven to the level of the head with a return to the front rack position.

Also, when the bar is already above the head, mistakes in catching position are possible. In particular, the unequal position of the torso and the placement of legs. The torso must be vertical with a minimum forward tilt. The repeated reps of a jerk with placing of legs at the same points is very effective. To do this, in the position of the most optimal split jerk for you, draw rectangles around the feet with chalk, and draw a line in front of your feet before driving. Then make a jerk from this line and get your feet into those drawn rectangles. Repeat this not once, but dozens of times in several sets.

And remember the most important thing – to fix mistakes and work out a rational technique for yourself is not possible at maximum weights! Start improving the technique with an empty bar, gradually increasing weight. And be careful! If you see you are doing wrong, then do not be ashamed to reduce weight and work out the right technique again. After all, this will be only one step back before a good lift!

4 Tips For Keeping You Protected From Scams In 2021

Marela Bush - May 18, 2021 0
There are small changes we can make to our lives to become more sustainable. Changing the products we use every day is something that’s...

5 Reasons to Add Motorized Blinds to Your Windows

5 Things To Know About DUI Charges

Can Hearing Loss Heighten Other Senses

4 Tips For Keeping You Protected From Scams In 2021

5 Healthy CBD-Infused Products That Works Great For You

When Do I Need Owner Operator Dispatch Service?