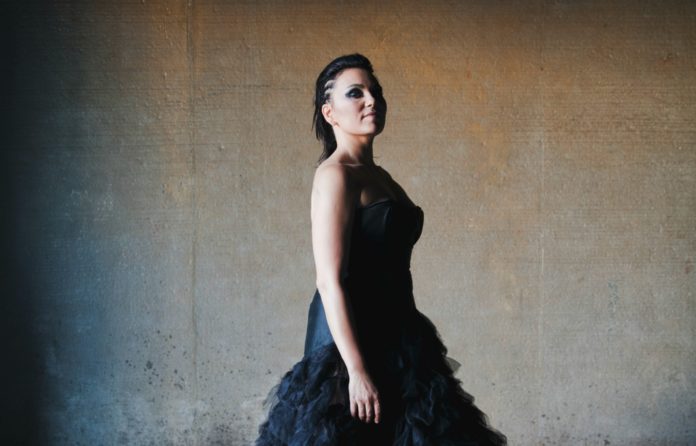 Happy International Women’s Day! In honor of the hard-working women of the world, we’ve selected just a handful of female talent to celebrate.

Here’s a list of 10 Canadian-bred female artists you need on your radar (if they aren’t already). Robust in their identity and sound, there’s an eclectic wave of music running through our nation and these ladies have got the goods.

A little folk edge sound that keeps you on your toes – her most recent album Something Wicked is a diverse record, pulling punches and fun acoustic riffs.

A unique soul always bringing flavor to her art, you can think of her music as a sort of sonic rain dance. Venus Fly is just pure ear candy to those who appreciate more experimental electronica in their music.

Talking about a symbol for empowerment these days, Tanya Tagaq is a shining example. Her throat singing mingles with the 21st-century music scene, and she’s making waves with her music and message. Catch her making beats with her voice at Wayhome this year.

Chances are you’ve heard her playing among the local airwaves. Lowell creates that dark dance pop that you are sure to find humming in your head after hearing her once. Her music has a bittersweet blissful tone paired with just enough rasp in her voice.

She’s blossomed back onto the scene with the recent album “For Evelyn”. The title track and video feel like an anthem for those on what feels like the never-ending grind to get to where they need to be.

Think r&b meets electro-soul.  On CBC3’s list of artists to watch in 2017, Zaki recently released “Orbit: A Postcoital Prequal EP” a prequel to her upcoming album that will be released this Spring.

Clearly bred from the west coast, this full female fronted band feeds us a quirky garage pop sound with a chilled out vibe. Set to play The Garrison on March 26th they also are on CBC3’s list of artists to watch out for this year.  Their most recent album ‘The Courtneys II’ was released by New Zealand record label Flying Nun and is the first time the legendary label has signed a non-New Zealand act.

Listening to Charlotte Cardin makes you feel like you don’t want to mess with her. Her bold and honest lyrics and the swagger in her voice is quite infectious. Also, put her on your list of artists to see at Wayhome this summer.

Jessy Lanza has a way of making infectious bright tunes. Her voice is pleasant to listen to, and her music often has a fun dance flare feeling to it. Just imagine an indoor roller blade party with bright lights and smooth moves with Jessy playing in the background.

With one album in, Charlotte puts herself onto the scene as an artist with clear r&b influence in her soft melodies. The lyrics in “Work” speak to a women’s strong perseverance and the video is a simple homage to “intelligent, strong and compassionate women, genderqueer and trans folks”. Catch her in Toronto at the MOD club on April 19th 0r 20th.

Mary McFarren - April 4, 2020 0
Liz Hurley's son Damian turns 18 today and is spending his birthday in isolation. Last night he shared a picture of himself sitting at...

Running Gear and Accessories for Running at Night in 2020

Increase Your Protein Intake Seamlessly Into Your Diet – 2020 Tips