Home Music This website will turn any picture into a song 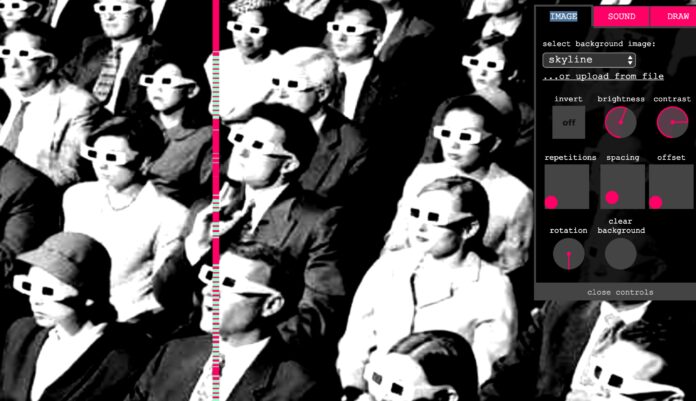 Pixelsynth is a web-based instrument that can turn a picture of your French Bulldog into a Drake song.

Ever wonder what a Hieronymus Bosch sounds like? Or a geometric golden spiral? Or that picture of Donald Trump where he’s making a finger gun and what looks like a fart noise with his mouth? Does it sound like a fart? Well, here’s a neat time killer that your boss is sure to love.

Pixelsynth is a browser instrument, developed by New York coder Olivia Jack, that turns any image into a song. It works sort of like a piano roll, scrolling from left to right across any image — either preset or uploaded by the user — registering lighter pixels as notes corresponding to keys on the keyboard.

The web toy lets you edit the image in-app and allows you to adjust variables like the type of scale, the number of notes the keyboard is divided into, and the range of scales.

So far, most things sound like I fell on the giant piano from Big and hurt my ankle and rolled around for a while.

PRO TIP: set it to “kuomiPentatonic” and dial the number of notes down to 20, and — voila — you can turn a picture of your french bulldog into a Drake song.