Home Music The story behind David Letterman’s “Are Those Your Drums?” revealed! 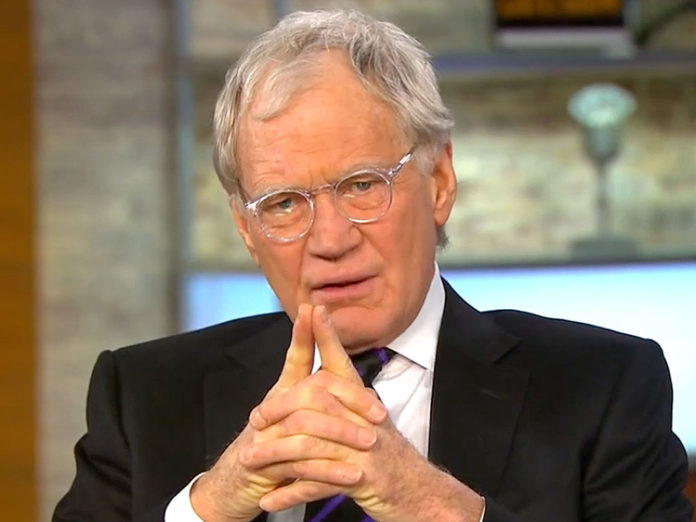 It turns out Letterman’s repeated question to musical guests was an elaborate running joke.

As David Letterman gears up for his final show tonight, his legacy is coming into clear view: turning the talk show into a self-reflexive joke, refusing to bow to the vapidity of celebrity culture, beating Buzzfeed to the top 10 list. But to musicians, he’ll be remembered for a single phrase: “Are those your drums?”

A couple of years ago, CBC Music’s Dave Shumka noticed Letterman looking over to the drummer after every band that performed and asking if those are, in fact, their drums or if they’re rentals. So he stitched together this supercut.

Soon enough, the video was all across the internet as fans watched, bemused, grinning, wondering ‘I wonder why the dude loves drums so much.’

Well, it turns out there is an answer to that question. And, in the who-cares-if-it’s-funny nature of viral videos, most people seemed to miss it.

Strangely, it all goes back to a 2012 Late Show performance by the Kaiser Chiefs. If you look closely at the video below, you’ll see when Letterman comes over to shake the lead singer’s hand, he slips him a $20 bill. Without missing a beat, Letterman turns to the drummer and asks his famous question: “Are those your drums?”

According to Letterman writer Bill Scheft, that was when it become a running inside joke. He explains on Tumblr:

“The Kaiser Chiefs had finished playing and the lead singer slipped Dave a $20 bill as he walked by. Dave, always looking to one-up, turned to the drummer and said, “How much for the drum kit?” The drummer named him a price, and he bought it. Before that time, for years, we had strolled up during the break while the stagehands set up and looked at the various kits. Most of them were rentals from SIR, but when a particularly interesting one was trotted out, Dave started asking (with his back to the audience and his audio on) “Are those your drums.”

The British rock band has corroborated the story in a number of interviews, claiming to have shipped the drums to the host after a very generous offer. “David offered a huge sum,” frontman Ricky Wilson told the Daily Star. “It’s probably taken care of the costs of the US tour.” The band was even forced to play with rentals at the second weekend of Coachella 2012.

From there, a meme was born. Let’s hope Stephen Colbert will continue the tradition.