Home Technology The rules of Speedgate, a sport designed by AI 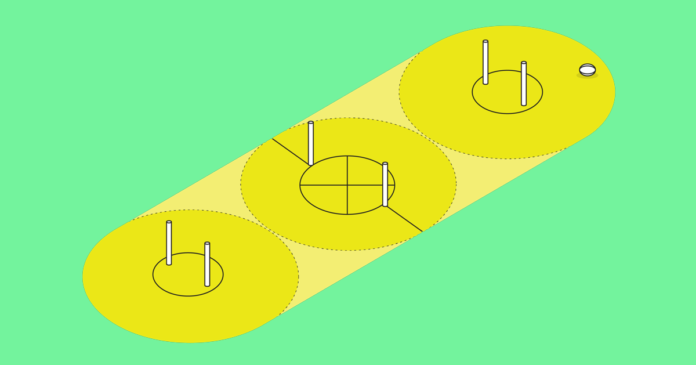 When I was a child I used to have a friend who loved coming up with new sports. I would always be the one trying out those ideas like rollerblading while trying to hit a football with a hockey stick in a basketball hoop, it never struck me at the time how bad these ideas were. Now mostly humans know what the best sports are like, baseball, football, soccer, basketball. While humans may be done with sports computers are probably just getting started.

Speedgate is a great example of that, it is the first sport completely designed by AI, from start to finish. It was a project by the folks at the creative agency AKQA for Design Week Portland. The way they did it is by training a neural network on short written descriptions and rules from around 400 sports. As a result the AI came up with Speedgate.

“Our creative team spent a lot of time looking at a large spreadsheet (which is not the glamorized AI collaboration that most people may think of),” says the AI Practice Lead at AKQA, Kathryn Webb. “It took a number of iterations to get to a place where the outputs where both comprehensible and creatively interesting.”

For example if the system recommended descriptions like “a sport and volleyball, rink grappling,” the team would see that as “Volleyball game in a small room where you are attached to the floor.” In another case, the AI suggested “a sport event major participants of on leaps ball saw also a pommel , types ) two parallel , quickest played supine heights,” and the end result was a sport called pommel horse sawing, in which “two people sit on pommel horses on opposite sides of a giant log, they rock back and forth with a saw.”

These new sports would definitely be very interesting but they didn’t really pan out in the end. The AKQA set a pretty high standard for itself: The team wanted to make a game that was easy to understand, accessible to a lot of people, fun and would make great exercise for people participating.

After going over 1000 ideas, AKQA stumbled upon a description of an interesting sport that we all know as Speedgate with its rules filled up with both people and even more AI text generation. You play Speedgate with teams of 6 people in which you kick or throw a ball around a field but you can’t run. The goal is to get the ball to go through the center gate, which enables you to score and then you have to do it with a second gate which is actually like scoring a goal in soccer.

The difference from soccer though is that the gates don’t have a net so you can score from two directions really, so if you pass the ball to a teammate through the said gate and the teammate passes it back to you the same way you score three points and not two.

“My personal favorite: If a team says they scored a goal, but they didn’t, goal is given to the other team,” says the Creative Director at AKQA, Whitney Jenkins. “Apparently, our AI wants to emphasis sportsmanship and honesty.”

Rules aren’t the only thing the AI designed it even went on to make a logo and even a chant. The team just can’t help but feel proud of the work they’ve done as if it was done by their own child. Speedgate actually sounds like a fun sport.

The AKQA team has actually been playing Speedgate every Saturday morning for the last 4 weeks and now they’ve published the rules so that anyone can enjoy the sport. “We’ve played with intramural college athletes, kids, and kids with adults,” says Jenkins. “Everyone loves Speedgate.”