Home Music The homophobic jokes that got Dean Blundell fired from 102.1 The Edge... 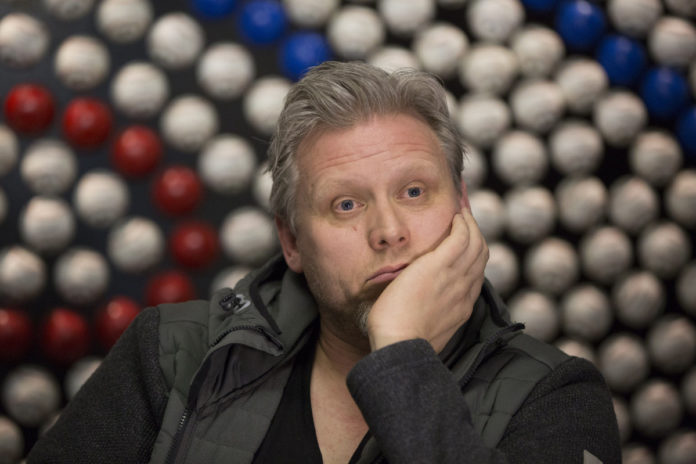 On September 20 — while Dowholis’ trial was in process — and on September 30, after the verdict had been delivered, Derek Welsman, a radio producer and on-air personality for Toronto rock radio station Edge 102.1’s The Dean Blundell Show spoke about the case, trading homophobic jokes with the shock jock and other co-hosts regarding those involved in the assault.

Welsman had served as the jury foreman. He’d been instructed not to discuss the case in public and sworn before the court that he had no prejudice against homosexuals.

The Dean Blundell Show was suspended in December 2013 and canceled after 13 years on air in January (Blundell now hosts a sports show on SN 590), but the legal ramifications of those tasteless and deeply unfunny barbs about “pink discharge” and “damn[ing] a man to the five greatest years of his life” are still being determined.

On Monday, the Ontario Court of Appeal found in a 51-page decision that Dowholis’ 2013 trial was unfair. Welsman’s on-air comments, the court wrote in its decision,  “demonstrated actual bias,” showed a “disdain for the criminal jury process,” and made a “new trial necessary.”

Dowholis’ lawyer, Jill Presser, told the Toronto Star that the decision set an important precedent about “deeply ingrained” biases against gay people. “They’re saying homophobia is just as unacceptable as racism in the justice system, and that is a huge step forward.”

Whether the Crown will prosecute another trial is uncertain; Dowholis, having spent two years in pre-trial custody, has already served his sentence.

6 Adult Toys That Will Change Your Life

Boosie Badazz Calling For Release Of Bill Cosby in 2022