Home Tips & Tricks The Differences Between Cannabinoids and Terpenes

Cannabis has been discovered to be one of the most medicinal plants on earth that have been scientifically tested and ascertained to be highly effective in the treatment of illnesses like chronic pain, arthritis, cancer, glaucoma, epilepsy, and a lot more. The healing properties of this plant can be attributed to its compounds. These compounds are called cannabinoids. The two main compounds of cannabis are CBD and THC. It is important to note that there are over 120 compounds in cannabis, and not all are cannabinoids.

The cannabinoids react with the endocannabinoid receptor in the human body. That is how they produce the desired results for which they are used. Cannabinoids occur naturally in cannabis plants and its highest concentration is found in the female plants. They are found in the flowers and leaves and can develop in the resin glands of the plant.

Some compounds are also called terpenes, and these aromatic compounds are responsible for the aroma and flavor that the different cannabis plant emits. Unlike in other plants, all cannabis plant variations or strains have their unique terpenes make up. The cannabinoids and terpenes are what give the resultant high effect gotten from the usage. That is called the entourage effect. Skilled cultivators are thus careful to grow strains that are high in cannabinoids and terpenes as they are a useful therapeutic tool.

Interestingly, terpenes have also been researched and discovered to have gastroprotective properties, which are used to treat ulcers, inflammation, and autoimmune disorders. There are a lot of terpenes present in the cannabis plant. The most important include Myrcene; this is the primary terpene found in cannabis. Some plants have up to 65% of myrcene content. Its presence also determines the strain categorization of the cannabis plant. When it exceeds 0.5%, the plant is classified indica.

Limonene is the next most abundant terpenes found in cannabis; it is also found in citrus fruits and is responsible for the citrus-like smell of some marijuana. It has antifungal and antibacterial properties making it relevant in the cosmetic industry and house cleaning. Pinene is another terpene found in cannabis.

It gives pine its distinctive smell, and the same applies to marijuana. It has a unique scent like rosemary, dill, or parsley based on its varying species type. Other terpenes include Linalool, Caryophyllene, and Humulene. Having stated what they are, let’s delve into their differences.

Terpenes Are Found In Different Plants

As compared to cannabinoids that are found only in cannabis plants, terpenes are found in almost all plants and vegetables and are responsible for the unique flavor and aroma that can be associated with specific plants. The citrus scent from oranges, tangerines, and lemon. The pine-like smell found in pine, and rosemary, they give blue berry’s their berry signature, lavender its floral aroma, etc.

Terpenes At The Center Of Aromatherapy

Terpenes are the compounds that give plants their aromas and flavor, which puts it at the center of aromatherapy. Scents have proven to be a good stress reliever and muscle relaxant; this, in turn, leads to overall bodily functioning. Cannabinoids are also very useful in aromatherapy but aren’t limited to that facet of alternative treatment.

Cannabinoids remain the most potent components of the cannabis plants relevant for its medicinal purposes. Research has shown that cannabinoids are the compound that reacts with the endocannabinoid system in the body, precisely the CB 1 receptors in the brain. There are many pieces of evidence to show that the body produces cannabis like a product for smooth body functioning.

Terpenes Affect The Efficacy Of Cannabinoids

Have you seen two similar strains but yet both produce different effects? Yes, this is due to their terpenes concentration. Terpenes can intensify the efficacy of a cannabis strain as well as reduce it depending on which terpenes it has at a higher level. For instance, Linalool is a terpene known for its relaxing properties. If found in high quantity in Sativa strains with high THC, it would reduce the euphoric feeling that strain gives compared to others.

Seeing that cannabinoids act directly on the endocannabinoid system, which is mainly the brain, and is mainly responsible for emotions, reactions, and movement. It is easy to understand why they have a faster impact and are useful for a range of illnesses. For chronic pain, arthritis, and other pain-related diseases. Cannabinoids block the pain receptors in the brain, thus reducing or nullifying the communication of pain between the brain and the neurons.

Terpenes react with the nervous and endocrine systems that affect mood, physiology, and behavior. It reacts with hormones such as serotonin, dopamine, and norepinephrine. That affects mood and represents the reason why it is useful in aromatherapy. Its psychological effects can also be seen from bad and pleasant scents. Pleasant scents improve mood, and bad ones have been seen to affect mood and anxiety in general. You can sure learn more about terpenes in this video. 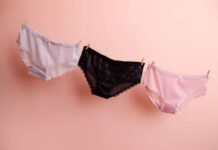 What is the Difference Between Period Underwear and Regular Underwear? 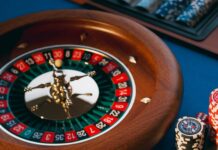 How Does Online Roulette Vs Real Roulette Differ?

Fighting Difficult Pain With Cannabinoids – What You Need to Know 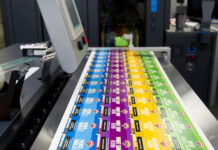 What Is The Difference Between Flexo And Digital Printing- 2022 Guide 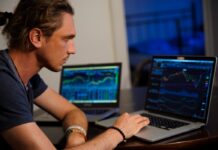 Differences Between Investing and Trading