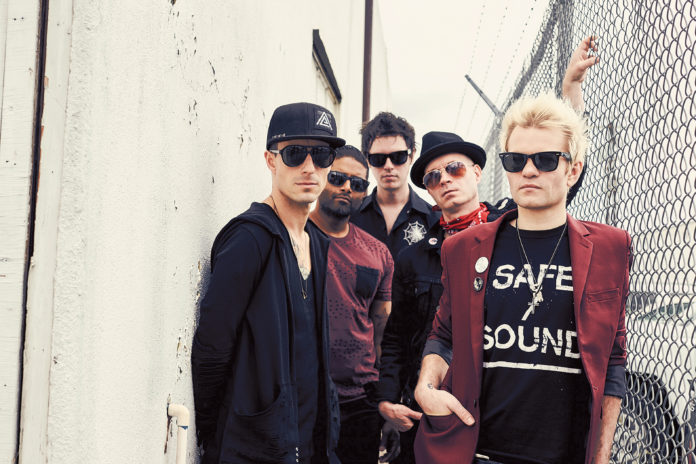 ChartAttack always thought they were really big wimps, but either Sum41 have some sort of hidden strength or the band they got in a fight with, sr71 at the Clarion Hotel in Antioch, Tennessee are even bigger wimps than they are. Several different accounts of the brawl have been passed to us and here is what we can figure out. Apparently, Sum41 questioned the integrity of sr71 name change while on stage at Buzzfest 2000, a music festival presented by radio station WZPC 102.9.

In keeping with their overt heterosexual preference, Deryck joked that sr71 lead singer tried to pick him up backstage. [Editor’s Note: If he was wearing that thong we’ve seen him I would too.] Apparently sr71 didn’t like the idea of being made fun of by an opening act and became very offended. Back at the hotel the Sum41 were enjoying an underage frosty cold one and sent an order of drinks to the boys in sr71 as a peace offering of sorts. Well, one of the drinks was returned. Deryck then went to go to the washroom, coincidentally at the same time as the sr71 lead singer and fight ensued involving both bands. We’re even told blood was shed. Who’s blood we don’t know. The record label, band, and management refused to comment on the brawl.