Home Cars A Few Recommended Subwoofers for your Car 2022

Whether you listen to jazz, rock, rap, electronic or any other kind of music and you want to create the best car stereo system possible there is one absolutely essential component – a subwoofer. A good quality subwoofer will bring a level of power and definition to your music that you simply can’t get with speakers.

So this is the first bass we will review – and what a bass this is! All three Hippo Series Subwoofers 8”, 12” and 15” are truly an artwork that can really annoy those neighbors! These big-bottomed subs use 3” oversized voice coils that hold 4000 Watts of power. All Massive Audio products are extremely durable, hence they won’t break under pressure. It comes in a rugged industrial textured cast aluminum basket. And if you are looking for more flexibility in wiring your sound system – this one has a dual 4 Ohm voice coil of 2.5” with kevlar (nonwoven fabric). With kevlar fiber-reinforced non-pressed paper cone and stitched edge to the cone’s edge for added strength make this a must-have for audiophiles since it prevents snaps, crackles, and pops after short use.

Hippo’s SPL (sound pressure level, which basically means how loud the woofer is) is 88.27 dB.

With all said and done the Hippo Series is for sure one of the best Subwoofer series that deserves to be used by countless car audio enthusiasts for large sound and scores that can ashame all the competition.

Massive Audio began in 1999 and since then it has become an industry leader in high-performance audio products.

And if Hippo doesn’t hack it for you then you might consider installing the infamous SUMMOXL104 Subwoofer. This one is for is a bit louder with SPL of 90.3 dB, but is a monstrosity when it comes to power compared to Hippo (and most other subwoofers for that matter). It’s devastating power of 3,000 watts – or 1,500 watts RMS is sure to make your mirrors vibrate as well as your body straight to the bone. It’s very similar to Hippo in terms of build quality, only it’s bigger and, as said above, A LOT more powerful.

This one also comes in a heavy-duty, rugged aluminum basket and weights 250 ounces (or around 7 kilograms). It has a dual impedance black anodized voice coil former, also with kevlar spunlace and a kevlar fiber reinforced paper cone.

And what makes it even more appealing is it’s price since you can get it for only $229.95 on Amazon.

In my opinion, this one is such a beast that it sort of beats it’s purpose since I doubt you can be fully concentrated on your driving with this thing blasting at high volume. Don’t say you haven’t been warned and later blame Summo for crashing your car.

And yet another one from Massive Audio which stands in the golden middle between Hippo the Beauty and Summo the Beast – this dual 4-ohm Torox sub might be just what you need, in case you are (falsely) fearful that Hippo won’t cut it and you think that Summo is just too much. It includes a 3” voice coil that is wired to 10” speaker wire and is guaranteed to accommodate you with an astonishing level of pure, growling bass.

This 10” sub with a peak power of 2000 watts (hence RMS power is 1000 watts) has a non-pressed paper cone and a 3” 4-layer voice coil. It’s magnet weights at 180 ounces and its sound pressure level is 86.5 dB. Get this gem installed, start blasting and have a nice trip!

The price is, as it is the case with all Massive Audio products cheap comparing to the quality it offers. You can get this beauty for only $139.95 on Amazon.

Now, let’s see what some other brands have to offer if you had enough of Massive Audio (as if one can ever get enough of it).

Skar is a company well known for it’s awesomely built audio equipment that produces high levels of power and an accurate sound. With this speaker, you will be able to fill your car with all the deep bass you could ever want.

This 10” 2-ohm sub can be used for many different purposes. While you can use it in a daily driver build, it can also hold on its own when used in a full competition build.

It has a massive double stack magnet and 2.5” copper voice coil. The paper cone is stitched to its foam surroundings. The frequency response range is 28 Hz to 300 Hz, which is pretty good considering that we can hear as low as 20Hz as a sound, everything below that is just a vibration to us. So this one blasting away would make you feel a sensation of a mini earthquake.

Skar company is known for its affordable prices, and that is also the case with this sub. The retail value on Amazon is $139.99

And if none of the above satisfies you, there is always Power Acoustik’s MOFO. Their 12” 2-ohm sub is a monster that can give you lots and lots of deep, angry bass. With 2,700 watts peak power (or 1,350-watt RMS) is more than enough to shake your whole car, so if you’re looking for the power you should definitely check this model out.

And for those who care about the appearance, this one is by far the most beautiful one reviewed with blue UV coat foam that surrounds it.

You can get this beast at a reasonable price of only $173.74

Yes, it is by far the most expensive sub on the list ($599.99) but it’s hella worth it. It’s made of a durable polypropylene cone, but it’s not super heavy like many powerful subs and that is resulting in its excellent response and accuracy. Also, the basket is made of rigid cast-alloy which utilizes the distortion. This dual 4-ohm reproduces music in such detail you’ll feel, once you install it, that you’re listening to a remaster of your favorite albums. Guaranteed to last for years to come. 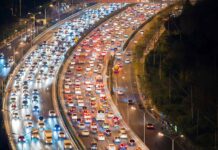 Why Traffic Congestion is a Problem in Many Large Urban Areas? 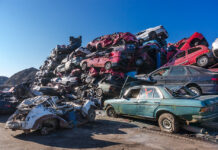 When Is The Best Time To Scrap My Car: 6 Signs To Look Out For