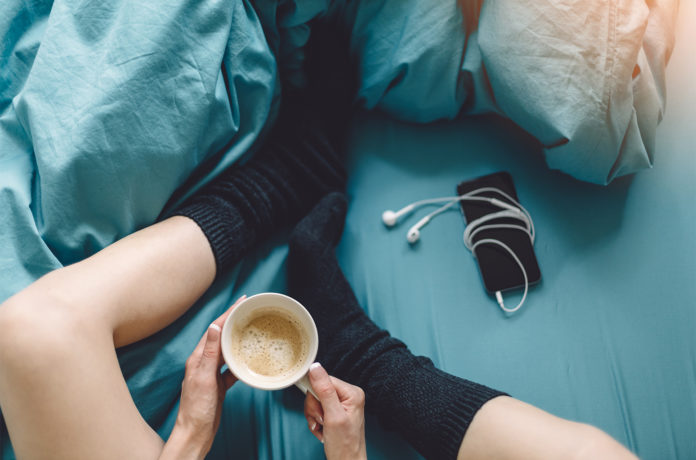 There are fewer things more valuable in the music industry than a little bit of mystery, so when an artist shuns press, touring, or the public sphere in general, people start to pay attention. This list celebrates some of our favorite shut-ins who keep us curious with their reticence.

Like a lot of bearded geniuses, R. Stevie Moore doesn’t care for leaving the house. It’s smothering, dangerous and just plain unnecessary. He’s “got enough to do right here,” like directing incredible music videos and finishing the ever-growing list of bands who’ve ripped him off.

2. George Harrison
(with The Beatles) – “Don’t Bother Me”

The thought of a sad George Harrison is enough to make anyone’s heartbreak, but timeless songs like this help a little. If you’ve ever found yourself unable to leave the house after a break-up, Cheeto dust on your fingers making it impossible to answer your friends’ calls, it’s comforting to think that even a Beatle has been there (sort of).

Do we need to know the language of the lyrics to understand when a singer’s feeling shitty? Of course not! Especially if there’s guitar from Vini Reilly, a rarely-seen virtuoso guitarist who also happens to look like the creepy hermit that’s always in children’s movies and ends up saving the orphanage or whatever.

I know, sometimes it seems like Beth Gibbons only calls you when she needs someone to unload her grief onto. She’s an amazing artist and you love her and everything, but you’re tired of hearing about “the blackness of darkness forever”. Well, one listen to the bleak, beautiful “Wandering Star” will have you eagerly awaiting the next 3AM call about her broken wireless connection or crippling lassitude, whichever one inspires these songs.

5. Daniel Johnston – “Story Of An Artist”

It’s a song that outlines with childlike simplicity the struggles of unrecognized talent, and the anthem of first-year art students who’ve received a disappointing grade. You can almost hear a young Daniel Johnston writing the lyrics in his head as his mother screams at him for drawing too many cartoon vampire ducks.

Richard D. James doesn’t just make music for murderous children and video vixens, every now and then he’ll write a tune for when we can’t find our latex masks of his face. It’s perfect for lying down and reflecting on your life, but please don’t place those thoughts in YouTube comments. They’re not as profound as you think.

Kevin Shields may win top prize for most adorable internment camp, thanks to an episode during his sixteen year breakdown when he stocked
his house with a bunch of chinchillas in cages surrounded with barbed wire, which kind of makes sense when you listen to “Loomer.” It’s hard to imagine the person who wrote this song owning a goldfish.

One of my favorite things to do at a party is to claim ignorance when a stranger brings up Jeff Mangum. I have an extensive mental photo album of all their exasperated expressions. Or I insist that all of his rich, surreal imagery in his lyrics for songs like this one is just about how much he likes jet skis.

Did you know that fake friends are the number one cause of sad-rap? It’s true. Disloyalty, mooching, “frenemies”, all these factors and more can cause your favorite rapper to get super bummed out and maybe even tear up a little, then write a song about it. “Deep Fried Frenz” is a solemn reminder that rappers aren’t the only people who wear masks, sometimes the people we call our friends do as well. Metaphorically speaking.
Advertisement