Love her or hate her, see her once a year or unfortunately still dwell in her wood-paneled basement, Mother’s Day, that one day a year where you salute your Mama for giving birth to you has come around once again.

If you want to give your matriarch the gift that keeps on giving (and keep it cheap and cheerful) make her a CHARTattack endorsed mix CD of the following Ten Great Songs About Mom:

Scissor Sisters “Take Your Mama Out”

You know how so many cliques of ladies have an honourary “going out with your girls” song? (And if you were a cast member of The Hills, it was probably Natasha Bedingfield’s “Unwritten”). Well, the Scissor Sisters “Take Your Mama Out” is just like that, only swap your hot friends out of the picture for your mom. So, if you’re feeling brave, get the old lady gussied up, take her out on the town, “get her jacked up on some cheap champagne” and “let the good times all roll out”.

What has alt-rock songstress Tracy Bonham been up to since the ’90s? It doesn’t really matter when you have moody, diamond-in-the-rough cuts like “Mother Mother” to break out on a yearly basis. This one’s about a disgruntled chick spilling her woes to her mother over a telephone call. Fun fact: while there were two versions of the music video recorded, the original one features Bonham’s own mother cleaning up a storm in suburbia.

Not a sentimental number, but rather an aggro anti-rape song. Bottom line: respect women.

Sufjan Stevens “Decatur, Or Round Of Applause For Your Step Mother!”

This one goes out to all the step-mothers doing their thing out there. I guess they’re not so bad.

Kanye West was a huge mama’s boy. “Mama” was on West’s second album, Late Registration released in 2005, but has since taken on a new meaning since the passing of  Donda West in 2007.

For all those who have lost their beloved mothers. Billy Corgan wrote this as a tribute to his.

A mother’s love is like sacrificing a chicken? Okay, not really. This one is about challenging your parents’ authority and those pesky Parental Advisory warning labels that may have prevented you from scoring a few choice albums in your youth.

Slits guitarist Viv Albertine takes this opportunity to shit all over the Suzy Homemaker way of life. This is truly an anthem for every miserable woman-with-child out there. 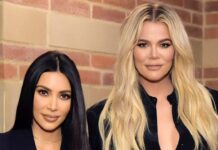 Kim Gets A perfect Gift From Khloe Kardashian, Amid Rift With Kanye 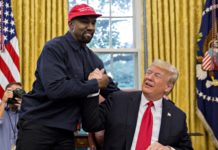 Trump Is Winning Over Black Male Votes, Black Women “He Gave Up On”

Billionaire Kanye West Is Fuming: “No One At Forbes Knows How To Count!” 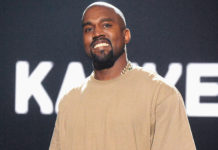