In just a few months, America will be casting their votes for their next president, and while many celebrities have advocated for all qualified citizens to vote, Snoop Dogg revealed on “The Real” 92.3 while speaking with “Big Boy’s Neighborhood” that he’s never voted before.

“I ain’t never voted a day in my life, but this year I think Imma get out and vote ’cause I can’t stand to see this punk in office”, Snoop Dogg said. “For many years, they had me brainwashed thinking that you couldn’t vote because you had a criminal record. I didn’t know that. My record’s been expunged. So now I can vote.” Snoop added that 2022 will “definitely” be the year that he casts his vote. 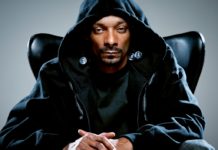