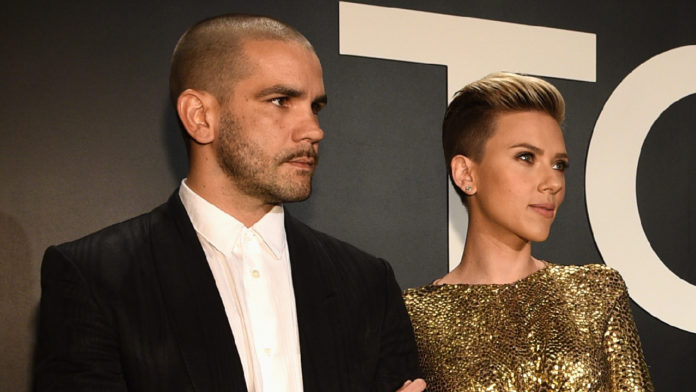 Romain Dauriac asked the star Hollywood actress to pull her divorce papers and “go back to the negotiating table” because of their two-year-old daughter Rose Dorothy. The actress and the French journalist married in 2014. He now released a statement to People magazine:

“It is indeed unfortunate, especially for our daughter, that Scarlett filed in court and made our personal differences so public. I would implore her to withdraw her action promptly and go back, as uncomfortable as it might be, to the negotiating table. We are the parents of a lovely daughter whom we will continue to co-parent for many years and share her joys and sorrows as only a parent can.”

Scarlett, the 32-year-old superstar, filed for divorce on Tuesday as she is officially seeking an end to their marriage of two years. Her attorney Judith Poller served the papers to Hal Mayerson, the lawyer of Dauriac. In them, Scarlett requests primary physical custody of their young daughter. Romain also plans to petition the court to allow him to move to France with young Rose Dorothy.

The two separated during past summer, as Johansson initiated the split. In January, news of their divorce surfaced. Scarlett stopped wearing her wedding ring, but they caused confusion when they appeared together for a public event, the art exhibition in New York City. They looked much like a pair while they posed for cameras, which raised serious doubt the current state of their bond.

Scarlett and Romain Dauriac met in October 2012, and the Frenchman proposed the following September with a beautiful vintage Art Deco engagement ring. Their wedding took place in October 2014, shortly after their baby girl was born.

Nina Smith - January 15, 2022 0
We all have a particular group in our lives that shapes who we are. Perhaps you are very close with your extended family, or...