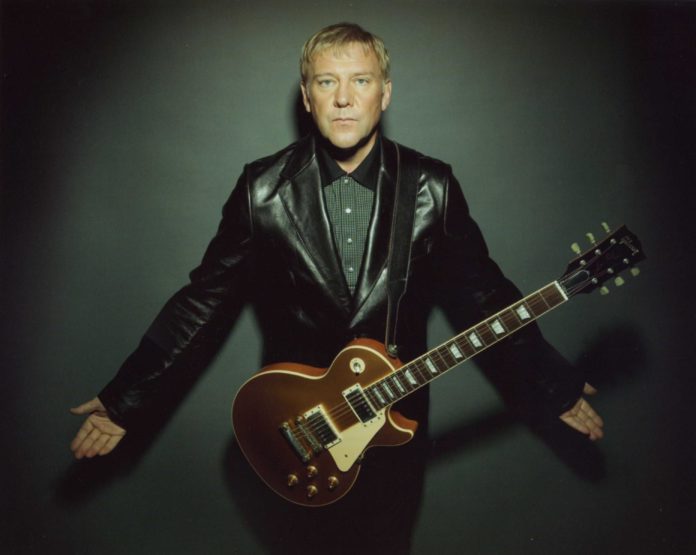 Rush guitarist Alex Lifeson has issued a press release detailing his account of the events that transpired during his family’s much publicized New Year’s 2004 fiasco. While celebrating New Year’s at Florida’s Ritz-Carleton hotel, an altercation broke out between Lifeson, his son Justin and various Collier County Sheriff’s Deputies. The melee was sparked following Justin’s decision to go on stage at a show being held there with some buddies when the house band took a break.

Ultimately, the Rush guitarist and his son accepted a plea bargain agreement for allegedly pushing a female deputy down a flight of stairs and spitting in another deputy’s face. The bargain entailed that the pair would plead guilty to a single misdemeanor charge of resisting arrest without violence. Lifeson and son were then served with 12 months probation and forced to incur the court costs. Since then, Lifeson, his son Justin and daughter-in-law Michelle filed a lawsuit against the Ritz-Carleton hotel, the security director and three sheriff’s deputies for the allegedly unjustified and excessive force used against Lifeson and his son.

They are said to be seeking an undisclosed amount of compensation for injuries, pain and suffering, mental anguish and legal defense costs. Here is Alex Lifeson’s entire account of the events that night: “In like a lion, out like a lamb. These words appeared in a Naples Daily News editorial on April 27, describing the outcome of the criminal charges against my family and myself. After fifteen months of living in fear and anxiety, and the enormous physical and emotional toll that it took from all of us, the prosecution’s case began to crumble as the truth emerged and witnesses came forward to expose the behavior of these Collier County Sheriff’s Deputies and certain employees of the Ritz Carlton, a resort hotel reputed to be one of the finest in the world.

I thought I could accept the deep depression my wife, the woman I love without measure and who shares my soul, struggled through for months, fearing for her husband and son… what was I thinking?”Out like a lamb. All of that for nothing. All because of the bitterness of a few Ritz Carlton hotel employees on the most festive night of the year and their incredibly discourteous, arrogant and aggressive behavior of which I had never experienced in thirty years of travel. All because of three confrontational, intimidating, enraged deputies who wouldn’t even consider dialogue, who were so quick to reach for their Tasers and handcuffs when no crime was committed.

All because of a prosecutors’ office blind to the reality of instances of excessive force by police and the horrendous destruction of innocent lives forever changed… what were they thinking? “In like a lion. The legal action we are embarking on now will hopefully bring attention to the fact that people cannot and should not be treated this way. I was fortunate to have the resources and will to fight to the end, but there are many who don’t and they will forever suffer from the forced compromise of an unfair plea bargain or the threat of sentencing guidelines that demand imprisonment, that hang over one’s head like the sword of Damocles.

If some good is to come of this, then let it be that the actions of a tiny minority of aggressive, Taser-wielding police officers don’t tarnish the reputation of the vast majority of officers who proudly serve their communities with honor and sacrifice. I sincerely believe they deserve our utmost respect, but respect is something that must be earned and not demanded with a closed fist or an electrifying weapon… that’s what I’m thinking.”

In other news, Alex Lifeson sat down to share his perspective on the notorious incident with MuchMoreMusic’s Bill Welychka.”People don’t know the truth,” Lifeson told Welychka during the interview. “That’s going to come out very soon. The case for the prosecutor started to crumble before our eyes and we realized they were applying a pressure on us that didn’t really exist…