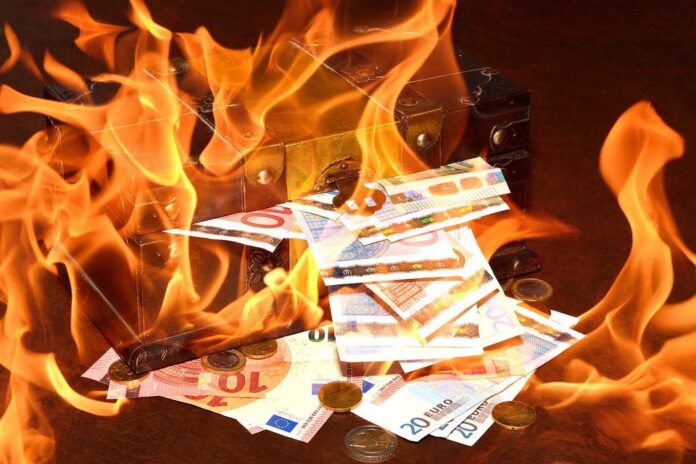 The rise of Free to Play and mobile games market has brought about new ways for video game publishers to monetize their wares. Besides the old-time purchase-to-play and monthly subscription games, the increase of in-app purchases has now made some video game companies more revenue than the sales of titles themselves.

Many consider loot boxes triggering the same sensations as addictive gambling and concerns are being raised about exposing children to these habits at a young age. Others would cite these activities to the same situation as trading cards – being harmless forms of enjoyment that add a collector’s spin on the property.

What are Loot Boxes?

A loot box is a system for acquiring items in the game; rather than choosing an item or fun new outfit for your character, you have a chance of winning the item from a random crate. Some titles require in-game currency to purchase an item while others require you to acquire keys that open crates containing random prizes inside.

In the first instance, customers can buy currency and choose what new weapon or variation of weapon skin they would like. Counter-Strike Global Offensive (CS:GO), a free-to-play game by Valve is a prime example of this. Their last announced revenue statistic in 2018 had a revenue of 414 million USD.

Meanwhile, the loot box is a chance at getting that exceptional skin or ever-powerful new addition to the game. One of the biggest games using this model is Electronic Art’s annual Fifa game. Fifa’s base modes now lay on the roadside, its revenue-generating behemoth Fifa Ultimate Team. In Fifa Ultimate team, you start with an entire squad of low-rated players. To get new players and the stars of the game, you would buy a new pack or loot box that may have a chance to drop the one your team needs.

In the fiscal year of 2021, Electronic Arts generated approximately 1.62 billion U.S. dollars in revenues from extra content sales for the Ultimate team mode associated with their sports gaming franchise. These figures do not consider the game’s usually $60.00 price tag to purchase the game, unlike Fortnite and Counterstrike’s free-to-play model.

These loot boxes can become a problem for some customers. Fortnite and CS:GO in-app purchases do not change the gameplay or give you an advantage over other players who do not spend money as they are simply cosmetic items that change how they change in-game assets look. Games like Fifa’s Ultimate team where you have “power-levels” and a clear advantage to “whale” in a competition to stand on the shoulders of those who do not. On the outside, this advantage for spending money could be akin to leveraging auto spinners on non-Gamstop casinos to have an advantage in those that don’t have such a tool available.

Gacha games are typically free games at first, progress begins to bottleneck the more you play. One of the first variants of this is restricting a resource that allows the player to advance through the game. These resources run out until a timer refills, allowing the player to continue. Plays can bypass the wait if they spend money to refresh the charges instantly.

The second style would be to unlock new and exciting characters, usually better than those available without purchase. For example, games like Genshin Impact leverage this tactic significantly by using high-quality flashy anime art and power creep over the previous units to entice customers to purchase them.

Many of those in support of loot boxes will cite collectible trading cards as an example of a monetization product that has been around for ages. The most classic example of this would be baseball cards enticing customers to collect their favorite players. This too could be seen as a form of gambling as you have no idea how many packs it will take for you to find your Roger Marris or Mike Trout card.

As the ’90s rolled around, it saw the growth of trading card games with Magic the Gathering, Pokemon Card Game, and Yugioh Duel Monsters. These card games took the premise of the old sports trading cards and built a game out of them. The competitive nature of some of these game tournaments brings in prize pools of over 1 million USD and turns it from a hobby into a requirement to have the best cards to compete.

Arguments can be made for both sides. Does the reward mechanism for unlocking that one character or skin from the loot box equates to the same feelings as winning a prize from a slot machine? Whether playing at a regulated market like the UK or a casino not on GamStop, these actions could very well be like online gambling and lead to addictive behavior.

Furthermore, places like the Steam Marketplace allows users to sell their goods to other players for real money for their virtual accumulated items and spawn an incredible amount of revenue. The platform also takes a cut of these secondary sales, allowing them to profit multiple times from players and collectors alike.

The Current Handling of the Loot Box Issue Around the World

Some countries view these loot boxes as a gateway to gambling and a form of financial exploitation of customers. In contrast, other regions consider them a fair monetization practice and part of free-market capitalism.

Two countries on one extreme are Belgium and the Netherlands. In 2018 both declared loot boxes in games gambling and therefore illegal. The main concern is that children should not be exposed to these types of behaviors at such an impressionable age.

On the other side, most of Europe and the USA consider them legal and put the responsibility on the consumers to take self-control over their actions. While some consider this the same as someone from the United Kingdom being able to play at a non-gamstop-casinos.com, the regulators in this market continue to allow its consumers to be exposed to what could be considered predatory business practices.

The topic of online loot boxes is controversial and divided across the world. It is difficult to take a definitive stance on the subject and draw a line on where and how gaming companies can attempt to make profits off their consumers. On one hand, efforts should be made to protect those that are vulnerable to addictive habits or too young to understand the consequences of their actions.

On the other, the nature of free-market economies should allow companies to conduct their business in profitable ways if their practices are done in a morally ethical way. Ultimately it is up to the individual and the regulators in their countries to decide if gaming companies can continue to offer random loot boxes to players.