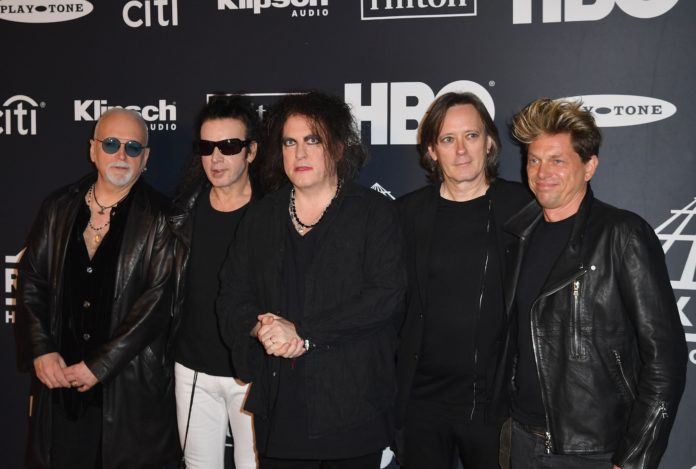 Every 10 years or so it seems, The Cure singer-songwriter Robert Smith is haunted by the specter of a song he wrote as a student over 20 years ago.

Inspired by the classic existentialist novel The Stranger, by Albert Camus, “Killing An Arab” is a short three-minute burst of metaphysical angst that is meant to question the meaning of existence. Unfortunately, due to its title and similarly inflammable chorus (“I’m alive/I’m dead/I’m a stranger/Killing an Arab”) the song has often been mistaken by non-English Lit. types as a call to arms against, well, Arabs.

It’s still possible to find old copies of The Cure’s first collection of singles Standing On The Beach, emblazoned with a sticker which denounces racist uses of the song (an attempt to foil British skinheads who were co-opting the song in the early ’80s and, it should go without saying, MISSING THE POINT COMPLETELY.) It wasn’t until the Gulf War in the first years of the last decade that the issue came up again.

And now, with Smith on the phone from England to promote the band’s new Greatest Hits release, he’s got to deal with it all over again when I bring it up as bombs fly over Afghanistan.

“If there’s one thing I would change, it’s the title,” says Smith, sounding a little weary. “I wrote it when I was still in school and I had no idea that anyone would ever listen to it other than my immediate school friends.

“One of the themes of the song is that everyone’s existence is pretty much the same. Everyone lives, everyone dies, our existences are the same. It’s as far from a racist song as you can write. It seems though that no one can get past the title and that’s incredibly frustrating.

“The fact is it’s based on a book that’s set in France and deals with the problems of the Algerians, so it was only geographical reasons why it was an Arab and not anyone else.”

When the issue of the song reared its head during the Gulf War, what angered Smith most was that while many talked about the song, few bothered to ever play it. This time around he almost decided to refuse to comment at all.

“But ultimately I thought that was a bit of a cop-out,” Smith reasoned. “I wrote the song, so I’ve got to deal with it.”

“Killing An Arab” is not featured on The Cure’s new Greatest Hits release, a two-disc set which features 18 classic Cure songs, side-by-side with new, acoustic recordings of the same songs.