Manchester City are your 2022 English Premier League champions. All bets have been paid out, and the excitement of waiting to find out who’s going to walk away with the trophy is over. There’s still the matter of the FA Cup to sort out and an all-English UEFA Champions League final to be played, but the domestic season is essentially at an end. That’s great news for Manchester City and their fans, but it means there’s little left to look forward to for the rest of us.

You’ll see and perhaps read many other articles about how and why Manchester City came to be 2022’s champions, so we wanted to do something a little different today. We want to get our crystal ball out and see if we can look far enough into the future to predict who’ll walk away with the championship in 2022. It’s an ambitious task, but we think we’re up to it! We’ll run the rule over the likely contenders now, and you can bookmark this page to come back to in a year’s time and laugh at us if we got it all horribly wrong.

The obvious favourites for next season’s title will be this season’s champions, and who’s to say anyone can stop them? Certainly not long-tenured Crystal Palace manager Roy Hodgson, who’s seen a few things in his time and believes Guardiola’s City is one of the best teams in English history. A team with Ederson in goal, Ruben Dias in defence, and Phil Foden and Kevin de Bruyne in midfield will always be a threat to anybody, and all of those players will still be there next season.

The smart money says the club will also buy a high-profile striker to replace the departing Sergio Aguero, which will make the Citizens an even bigger threat. City can be beaten, as has been shown a few times this season, but beating their performance over the long haul of a full English Premier League season is a big ask. We’re not sure anyone can do it.

The fact that Manchester United has reached a European final and secured a Champions League place is one in the eye for all of Ole Gunnar Solskjaer’s critics. The Norwegian has silenced a lot of doubters this term, with his side losing fewer games than any other side in the top flight. The reason they’ve not been able to stick closer to City is the fact they’ve drawn too many games.

There are two ways they can deal with that next season – improve their defence to keep more goals out or sharpen the attack to score more at the other end. The fact that the supremely-gifted Edinson Cavani has decided to stay for another season will help with the latter, so perhaps improving the defence should be Solskjaer’s summer priority. Not conceding first in so many games is crucial if United are to push for the title, so a dependable long-term partner for Harry Maguire should be at the top of the “to do” list. Knowing United, though, they’ll probably spend big money on another winger or another striker. They’re sometimes their own worst enemies in that respect.

We include Liverpool in this list not because they deserve it on the strength of their performances this season, but because they should have done so much better. They dominated the league in 2022 and won the European Champions League the season before that. Something went badly wrong this season, and it all started when Virgil van Dijk’s campaign was curtailed early due to injury. Would we bet on them winning the title next time? Put it this way.

There’s an official Liverpool online slots game available at several online slots websites. We would be more confident spending our money on that and accepting the outcome of the spinning reels than we would on spending our money on a bet for Liverpool to come out on top. When your odds aren’t as good as those offered by an online slots game at nz.roseslots.com, there’s a problem. Getting a healthy van Dijk back into the team will help a lot, but Liverpool’s once-mighty forward line has looked largely impotent this year. Perhaps one of Sadio Mane, Mohammed Salah, or Roberto Firminho ought to be moved on in favour of someone else to provide fresh impetus.

What Thomas Tuchel has achieved in a short space of time at Stamford Bridge is nothing short of incredible. The Blues were dead in the water as far as competing for honours was concerned when Frank Lampard was fired. Three months later, Tuchel has lost only twice, taken Chelsea to the verge of qualification through the Champions League through their domestic league performance, and reached the Champions League final.

He’ll presumably get a big bonus, but he should also get free reign to mould the squad in his own image over the summer. If Chelsea starts next season as strongly as the team has finished this one, we’ll be looking at something akin to the imperious Chelsea of old. The players clearly believe in Tuchel and his methods, and Chelsea’s financial resources always mean that high profile new recruits are available. Look past them at your peril, and doubly so if they win the Champions League.

We have to give credit to Leicester City and Brendan Rodgers. When the club won the Premier League a few seasons ago, most people thought it was a glorious one-off, and the team would never hit such heights again. For a season or two, it looked like the naysayers were right. Under Rodgers, though, they’re a force once more. It was only a late-season collapse that saw Leicester miss out on Champions League football last season, but this season they’re in better shape and ought to secure qualification.

That will help the Foxes attract a better calibre of player in the end of season transfer market, and Rodgers can then focus on taking his team to the next level. The biggest risk Leicester faces is the potential loss of Rodgers himself. If a bigger club comes calling, the former Liverpool manager might be tempted to answer it.

You’ll have noticed that we haven’t mentioned Tottenham Hotspur or Arsenal. That wasn’t an accidental omission. Based on their current state, both clubs have a year or two of rebuilding to go through before they can be considered serious contenders again. Perhaps we’re wrong about that, and one of them will storm the league next season, but we’d be beyond shocked to see it happen. Still, though, that’s the thing about football – it’s the surprises that make it worth watching! 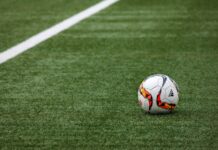