Home Music The New Single “Erfun Khoshdel” Has Been Released 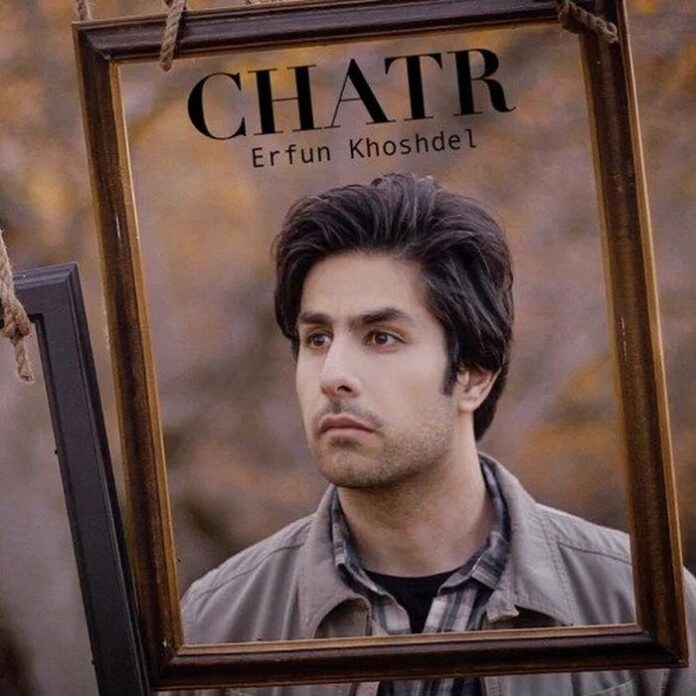 When we say pop music, where does your mind go? Do you go directly to the top-charting artists or do you revert back to the early 2000s and think about what was considered pop back then? Is pop music the music that’s popular right now or do think about certain style and genre straight away? Many argue that defining genres is old-talk and that it has no place in modern music, but we still feel like it’s something worth discussing.

Pop is probably one of the only genres that isn’t clearly defined by sound, but by trends. So, what are the latest trends? Would Britney still be pop if she were to put out an album tomorrow? Well, she would, probably, because let’s face it, she’s Britney, but we hardly doubt we’d hear anything remotely similar to her songs from the early 2000s or even some of her “latest” work.

You could probably say that the pop of the 2022s is hip hop. Hip Hop has seen some major changes over the years and if we take a look at the last 10 years, the genre is absolutely unrecognizable. This evolution of the sound allowed it to transcend the stigma that was surrounding it back in the day and helped it move on right into the mainstream. Now, when you look at the charts, you can clearly see how hip hop artists and modern hip hop sounds absolutely dominate the charts. Now, the question here is, how influential this hip hop sound is? Has it really taken over the world?

Is Iranian Pop Still A Thing?

Let us ask you this, when you think of Iranian pop – which song pops into your head? Unless we’re far off, it’s safe to say that you would think of the massive worldwide hit “Boro Boro”, Arash made over 15 years ago. Even then, in 2005, you could hear the influences of rugged, US hip hop, mixed in with some hypotonic, middle-eastern melodies that made us all lose our mind when the song would come on.

Now, a few months ago, a new cat, as musicians like to say, has emerged on the scene. Unlike Arash, this cat is not making his music in LA, as most of the Iranian pop stars have been for ages now. In fact, this guy likes to stay true and stay home and make some quality music in spite of all the difficulties. Of course, we’re talking about the emerging Iranian artist – Erfun Khoshdel. 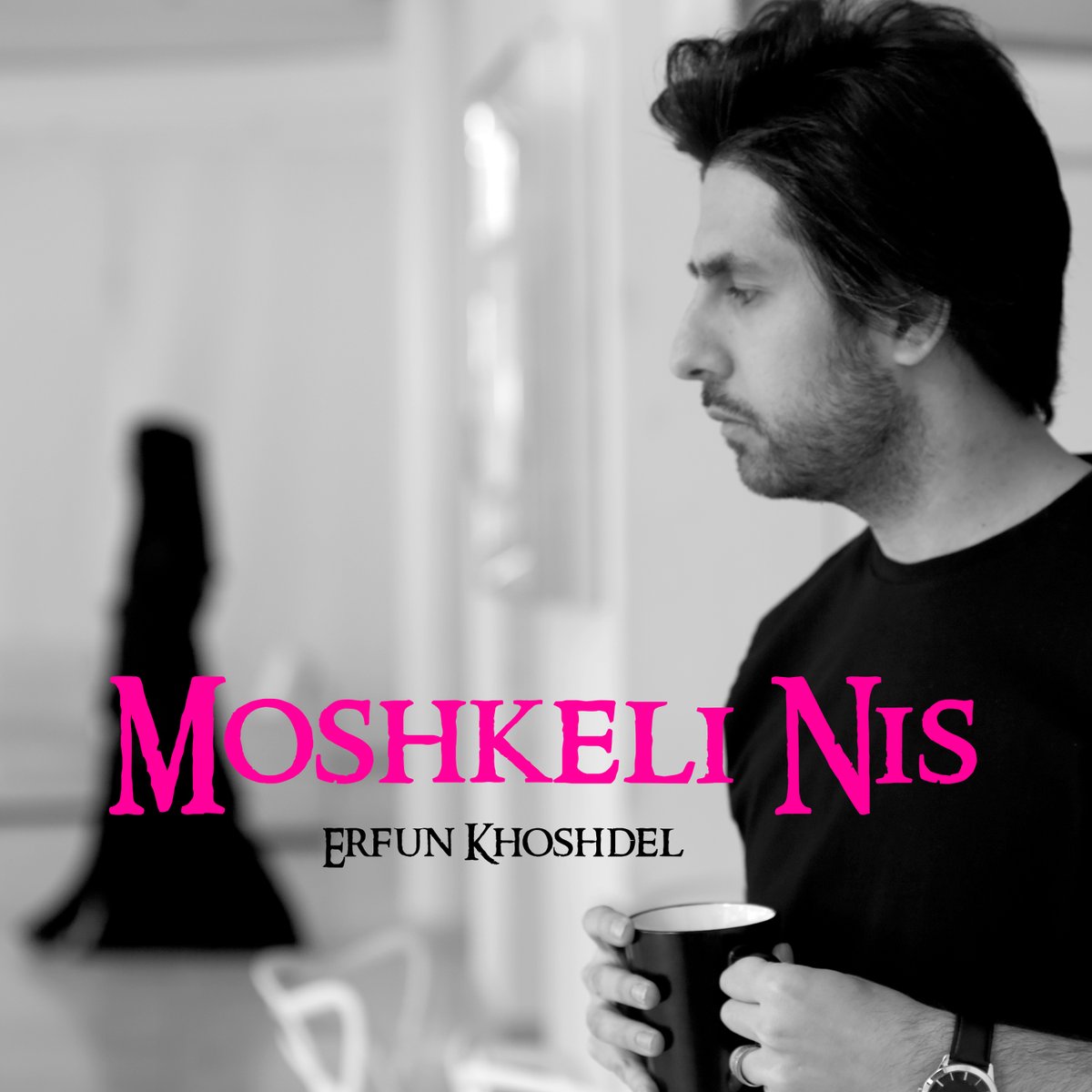 Now, for our western readers, his name might need some taking used to, as it’s not short, nor does it slip off the tongue, but his music – you won’t be able to get enough of it once you start bumping his new jams. Erfan Khoshdel, who goes by the name Erfun, says he brings joy, fun and happiness to the world through his music and that’s quite easy to hear once you play some of his songs. It’s obvious that Erfun is the voice of a new generation of Iranian pop artists and it’s clear to see that he’s the one to stay.

Erfan started his career humbly, as most musicians do. He built and worked on his craft and his style throughout the years, which you can hear in his songs, as they pretty much sound like something you have never heard before, but at the same time, it feels so close and familiar. He plays the guitar and a piano – as any musician in the world should and as of lately, he has been extremely dedicated to perfecting his singing and songwriting craft. His journey is certainly at its inception, but as someone who has heard their fair share of good music – it’s safe to say that this cat will go some places.

A few months ago, Erfun has blessed us with yet another single. A single which was eagerly anticipated by his 200,000 followers on Instagram. Yes, we’re talking about “The Umbrella” or “Chatr”. “Umbrella” is certainly one of the most popular songs Erfun has put out so far, as it has passed over 30,000 streams on Spotify and Apple Music in just a few weeks. Now, if you want to get in on the action while it’s still early and earn your I-heard-it-first bragging rights, you better hop onto Apple Music and give this record a spin.

The song, “Umbrella” is in some ways a lot of like his previous songs, Last Year, I Am In Love, It’s Impossible etc. In what way you may ask? Well, in Erfun’s way. For such a young artist, Erfun has a pretty developed and unique style. For a lot of years, Iranian pop artists we’re merely following trends that LA set upon the world. In Khosdhel’s case – that’s not how it goes. Right of the bat, you can hear that this one is an Erfun joint.

“Umbrella” has been worked on by various artists, which has to be one of the reasons it’s doing so well. Guys like Milad Babaei, a promising and upcoming artist, as well as a well-known songwriter Mehdi Ayoubi have left their imprint on this song and it shows. The song was written and composed by these three virtuosos, arranged by Saeed Shams and the final mixing and mastering touches were done by a well-known Iranian producer Mohammad Fallahi.

Icing On The Cake – A Music Video

A few weeks ago, the “Umbrella” cake got her cherry on top – a music video. Nila Mosiband has been in charge of directing the music video and if we’re being honest – Nila brought it home. The visuals are stunning, colour-grading matches the song perfectly and the whole thing is just an experience for your eyes, as well as your ears.

So, what have all these cats cooked up? Well, it’s what you would call a mash-up of various styles, done in a way you probably haven’t heard before. It’s a mixture of Lo-Fi hip hop, some groovy piano and middle-Eastern, Persian sounds all perfectly blended into this 3-minute marvel.  The song starts with a nice, mellow piano as it slowly transitions into this lo-fi, deep baseline with a stunning violin melody in the background that’s going to make you feel what Erfun is singing about even if you don’t speak Farsi.

But, let’s be honest here, we couldn’t put how this song feels in just a few words – you’ll have to listen to it, no other way around it.