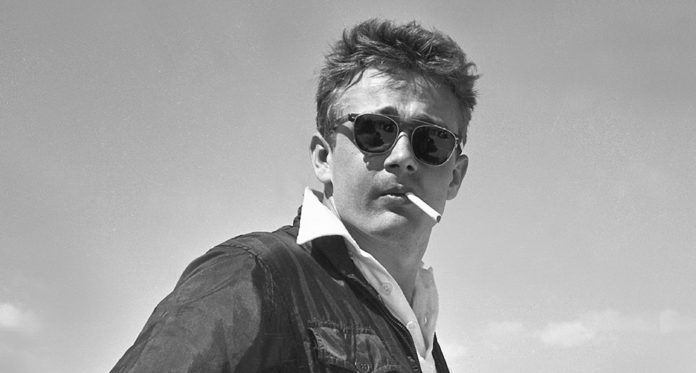 With announcement of the 85th Academy Award nominations and the iPod shuffle play of April March’s “Stay Way From Robert Mitchum” an idea was born like one of those silly Windows 7 commercials, “I wonder how many songs there are about specific Hollywood movie stars? I thought and then the search was on…

A search of the Allmusic website will reveal many obscure songs for many stars from the Golden Age Of Hollywood. like from 2008 there an electronic band with one album listed called The Marches who have a song named after the biggest silent film star, Rupolph Valentino. Also, a German singer Andre Heller has a 3 volume best of box set covering his career from 1967-1991 has a song called “Rudolpho Valentino” too. Plug in any famous name and could reveal a song title.

This article will stick to the better-known songs about movie stars. The list is no particular order just the order the songs were found…

This pre-Hotel California song first appeared on The Eagles’ 1974 album On The Border It was actually co-written by Don Henley and Glen Frey with the latter’s former roommates, Jackson Browne, and J.D. Souther. Here’s a live version of the song from California Jam a large festival show that attempted to recapture the essence of Woodstock in the summer of 1974. The Eagles are joined by Jackson Browne on the song.

This is probably the most famous film star tribute merging the goth sounds of Bauhaus with the visual imagery of pre-color Hollywood horror. “Bela Lugosi’s Dead” is arguably Bauhaus’ most-recognizable song and one of the few songs that the live version was either the only or the most heard rendition.

With the death of Diana Princess Of Wales Elton John reworked this ode to the late Marilyn Monroe as a tribute to The People’s Princess. According to Factinate, the original and far superior version was an album cut from John’s 1973 album, Goodbye Yellow Brick Road. The album also features the fantastic ballad, “I’ve Seen That Movie Too” about a love affair gone wrong.

Micael Caine appears on Madness’ 1986 album, Keep Moving. While there could be debate that this song isn’t actually about Michael Caine, but actually depicts a story about the troubles in Northern Ireland, Caine was asked to contribute his voice to the song speaking the line “My Name Is Michael Caine.” The video is inspired by Caine’s most famous film character, Harry Palmer especially the debut of that character in The Ipcress File.

“The Right Profile” is one of the many 5-star cuts from The Clash’s best album, London Calling. The titular reference is to the face of Montgomery Clift. In 1956 while traveling to a party at Elizabeth Taylor, Clift crashed his car. It is told that Taylor held his head still while covered in blood saving her close friend’s life. His face was permanently disfigured and he could only be photographed with his Right Profile. Check out later films like Judgement At Nuremberg or The Misfits to see how film directors were shackled by this impediment.

This is one of The Fall’s earliest songs originally appearing on the band’s 1980 album, Totale’s Turns (It’s Now or Never). It has more recently available on singles compilation Totally Wired: The Rough Trade Anthology. The song’s more about an event, possibly a wedding. The lyrics reference Buster Keaton as a wedding guest, hallucigens and the slaugherer of innocents. What’s in MArk E; Smith’s twisted mind back then…only he may know.

7. Sparks – “What Would Katharine Hepburn Say”

Sparks tribute to the late great Kate, has never been appeared on any of the Mael brothers many albums over the past four decades but is a standard request during their live encores. Here’s a video of one such request.

This post-punk/pop hardcore band from Florida screams its way through this reference to two Hollywood icons. The song appears on their 2010 album, With Ears To See and Eyes To Hear. Here’s their official video for the song…

9. Nirvana – “Frances Farmer Will Have Her Revenge On Seattle”

Frances Farmer is one of the first victims trampled by the Hollywood machine. She was a budding film star of the late 30s and early 40s who is best known for the sensationalized accounts of her life specifically her involuntary incarceration in a mental institute. A 1982 film starring Jessica Lange depicts that life. Farmer was from Seattle and seems a obvious subject for Cobain’s interest. The song originally appears on 1993’2s In Utero.

This tribute to the coolest of film actors is written by music’s uncoolest performers. “Steve mcQueen” leads off Sheryl Crow’s 2002 C’Mon C’mon album better known for the hit song “Soak Up The Sun.”  Ms. Crow and her producer throw in some woo-woos a la Steve Miller band and the use of the famous car chase from Bullitt borders on the sacrilegious. Watch the original chase on youtube instead.

Pavement’s Malkmus wrote this song as a tribute to the bald star of The Magnificent Seven and The King And I. It’s similar to “The Right Profile” in its film name-checking. The cut is from Malkmus’ self-titled release, his first solo album after the original break-up of PAvement. The video is a laugh-riot.

Japanther’s scream-a-thon tribute to the late River Phoenix, the older brother to acting siblings, Rain, Joaquin, Liberty and Summer. He was a drinking buddy of Johnny Depp and hung out at the Cocaine-fuled Viper Club of the early 90s. Drugs ended a promising film career that probably led to the rise of Brad Pitt who moved into the acting void that River left with his death. “River Phoenix” originally appeared on Japanther’s 2007 release, Skuffed Up My Huffy. Here’s one of the many frenzied live versions of the tune:

Julian Cope’s 1989 album Skellington according to Cope’s second autobiography, Repossessed, came out of a 3 day recording blitz created by the cancellation of another band’s recording session that Cope was hired to produce. “Robert Mitchum” was co-written with ex-friend Echo & The Bunnymen’s Ian McCulloch during Cope’s pre-Teardrop Explodes period. Here’s a live version of the song.

The Dntel/Death Cab electronic side project The Postal Service. The song is less an homage to the 30s film superstar and more about his screen image as the subject of the song wishes to kiss he could kiss like Clark Gable.

From their 99 album, Millionaires, “Just Like Fred Astaire” is really about those delirious feelings associated with a new love.

“Clint Eastwood” was released as the first single from their debut self-titled album in 2001. Outside of the title the film actor/director is not mentioned. Instead, the song musically references those Spaghetti-Westerns that Eastwood starred in the 60s.

This track, the only tribute to one of the current Oscar-nominated actors on this list was released on k-os’ most recent album, Yes! It was the last song added to the album and is the only track that does not appear on the Yes! It’s Yours remix album. Here’s a live version of the track…

This is probably the most famous of all movie star song references. It’s the smokey-voiced Carnes only mega-hit. It was written by Donna Weiss and Jackie DeShannon in 1974 and originally released by DeShannon that same year on her album New Arrangement. Carnes took it to #1 in 31 countries in 1981.

“Edie (Ciao Baby)” was recorded for The Cult’s fourth album, Sonic Temple in 1988 and was the second single form the album hitting #32 in UK and #93 on the Billboard Hot 100. The Edie of the title is Andy Warhol actress and 60s NYC scenster, Edie Sedgwick. Here’s the promotional video for that single…

“Jude Law And The Semester Abroad” is from Brand New’s debut album, Your Favorite Weapon released in 2001. Once again there’s no reference to the British actor in the lyrics. Instead song is a emotional appeal by its author to a former girlfriend going overseas to study abroad. He’d do anything to get her back!!

One of those wonderfully silly JBC songs from the late 80s. Lorre was the diminutive actor from Casablanca, The Maltese Falcon, and Arsenic And Old Lace. He was never the good guy though JBC’s Pat Fish would have you belive this with lyrics like “He’s all right”, “It’s all right, he’s on your side” “He’s Not Sydney Greenstreet.” The song appears on the EP Conspiracy released in 1986 that came as a bonus disc with Distressed Gentlefolk. The EP features  duets with long-time collaborator Max Eider.

The late Willis suffered from a form of schizophrenia and was performed on the Chicago streets as a busker. His simple songs were many cultural references and obscenities were usually based on the same repetitive meoldy. Here’s his tribute to Johnny Depp that appeared on his Greatest Hits Volume 3.

Tom Courtney is a British actor who starred in Dr. Zhivago and received a best actor Oscar nomination for his portrayal as Albert Finney’s flamboyantly gay dresser in 1982’s The Dresser. “Tom Courtney was released on the trio’s 1995 album, Electr-O-Pura and was the lead single, released later as the title track of a four-song EP. Here’s the self-depricating video for the song with references to The Beatles and Julie Christie.

Bananarama is arguably the most successful British girl group in pop history. The first gained notoriety for back Fun Boy Three before gaining superstardom for their cover of “Venus”, still used today for shilling female shavers on TV today. Before their world-wide success with “Venus” the trio released “Robert De Niro’s Waiting” as the second single for their  1985 eponymous release. The accompanying video is filled with images of mafia-sculking, dark streets, and the blatantly-80s attired trio.

Erroyl Flynn was the title of the fourth album by the British slease-rock band that featured vocalist Tyla backed by a rotating list of musicians. The album spawned two singles including their best-known song, “Satellite Kid.” “Errol Flynn” name drops a couple of his films like his pirate film, Captain Blood as well as a couple of other Hollywood actors, Gary Cooper and Lon Chaney. Here’s a live version of the loud cut…

The inclusion of this was done to silence the critics. You know who you are out there… Carly Simon’s early hit has been attributed to Warren Beatty. from its first airplay in 1971. But later Simon admitted that it was a composite of three men from her L.A. days.  There’s even been speculation that Simon was talking about Mick Jagger, who appears as a backing vocalist on the track.

Scarling is a noise pop band from Los Angeles.  “Crispin Glover” was released as a 7″ single on Sympathy for the Record Industry in 2004. The song is an odd to that odd-ball creepy actor who is best remembered as Michael J. Fox’s dad in the first Back To The Future film. He also had a notorious appearance on Letterman. Here’s a sample of lyrics from Scarling’s musical tribute: