Home Car What to Know About Motorcycle Laws in California

Every state has its own laws and guidelines for the operation of a motorcycle. California tends to have a stricter motorcycle and general traffic laws than a lot of states, leaving people wondering what the requirements are.

California is a popular state for motorcycles, considering all the beautiful scenery and open roads to explore. The laws, while they can seem prohibitive, are meant to protect motorcyclists and allow them to safely share the road with other vehicles.

Below is a guide to what to know about operating a motorcycle in California.

In California, you’re required to get a motorcycle license. It’s technically known as a motorcycle permit or endorsement, and it’s a Class M1 license. To get an M1 license in the state, you have to be at least 16 years old.

You’re required to pass a knowledge test about motorcycles, complete an application, and you have to pay a fee.

According to misionlegalcenter.com, to operate a motorcycle in California, you’re required to complete a motorcycle training safety course approved by the state, or if you’re over the age of 21, you can skip it if you pass a skills test administered by the DMV. Included in the skills test are:

If you’re under 21, you have to take the training course—it’s not optional for you. You also are required to have a learner’s permit for at least six months before getting a full license. For riders under 18, you have to either already have a California Class C driver’s license or be able to show proof that you completed a state-approved education course for drivers.

There are actually two types of relevant licenses as well. Class M1 is what was mentioned above because it’s what you’d probably want. A Class M1 motorcycle allows the holder to operate any motorcycle, motorized scooter, or motor-driven cycle.

The Class M2 license only allows someone to operate motorized bikes or mopeds.

These types of vehicles are defined under the California Vehicle Code. A motorcycle is any vehicle that has a seat or saddle and is designed to travel on no more than three wheels.

A motor-driven cycle is legally characterized as a motorcycle with an engine of 149 ccs or less. A motorized scooter is a two-wheeled device with a seat or floorboard that’s operated by a motor or what’s described as a human compulsion.

Motorized bicycles are mopeds. These are defined as having two wheels and a gas motor with a maximum speed of no more than 20 mph.

Both the M1 and M2 licenses can be issued with certain restrictions. These include no freeway driving allowed, no nighttime driving, or no carrying passengers.

For motorcycles, liability insurance requirements are the same as they are for other vehicles.

If you don’t have the minimum required insurance coverage, and you’re in an accident, you might get your license suspended for a year.

In order to be considered street-legal, the motorcycle needs certain safety equipment. First, your bike needs a minimum of one mirror, giving you a view of at least 200 feet to the rear of your vehicle.

You need front and rear turn signals, and you need headlights that turn on automatically and stay on when your engine is running. These two requirements apply to motorcycles that were built in 1978 or newer. If your motorcycle was built in 2013 or is newer, you need a tamper-resistant exhaust system.

Your feet have to touch the ground when you’re sitting on the seat, and when you’re seated, your hands can’t be any higher than six inches above the height of your shoulders.

Motorcycle drivers and riders are required under California Vehicle Code to wear helmets at all times. The helmet has to be designed in compliance with the standards from the U.S. Department of Transportation.

There’s no law about an age restriction for motorcycle passengers. People of any age can be a passenger, but the law does say that the seats for passengers have to be securely fastened.

The passenger is required to have a footrest that has to be used while the vehicle is in motion.

In 2016, California became the first state to formally legalize a practice known as lane splitting. Lane splitting means you ride your motorcycle between lanes of traffic. Before Assembly Bill 51, it was an ambiguous legal area.

The law didn’t say anything about the legality of lane splitting one way or another.

Now you can explicitly lane split as long as you do it safely.

In California, lane splitting is specifically defined as riding between lanes of traffic. It’s still illegal to ride on the shoulder. Guidelines recommend that motorcycle drivers’ lanes split between the two lanes that are farthest to the left if possible.

It’s important that you follow not only what’s required of you in California to operate a motorcycle but also that you go above and beyond to be safe even beyond the law. Riding a motorcycle is already inherently dangerous, and the more steps you can take to protect yourself on the roadways, the better.

Also, even if you aren’t required to take a motorcycle safety course or an advanced skills training course, consider doing it anyway. You’ll be a more defensive and confident driver. 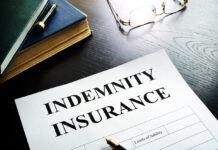 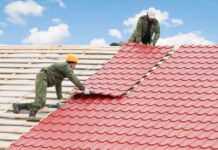 What Is Employment Practices Liability Insurance? 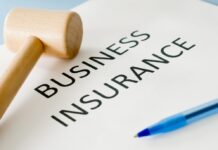 6 Things To Look at When Selecting Your Small Business Insurance 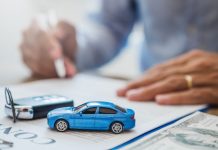 How College Students Can Save on Car Insurance