The age of influencers is upon us. You can’t avoid them. They’re at every step. For better or worse. You can like them or not, but they’re here to stay. The social media platforms work for them. Instagram, Facebook, Twitter, and TikTok elevated various individuals to the stratosphere of popularity. Today even you can be an influencer. It’s not too hard, but let’s not fool ourselves; not everyone can do it. It takes some talent to be appealing to people enough to follow you. When you take a look at the specific niche we’re going to talk about, you’ll see why.

So, which type of influencers do you know? Fashion and food probably dominate your social media outlets. There are those focused on travel and tourism or those in the automotive niche. They cover almost everything. Technology, industry, business, you name it. But, we’re not going to talk about any of those. That’s standard. Instagram is full of people covering these departments. They’re good. There’s nothing wrong with Gianluca Vacchi, the Italian social media personality. But, he’s mainstream. Others like him are too. We are here to talk about the four most popular sex doll Instagram influencers.

Now, that’s a subject worth covering. A taboo one at that. Have you heard about them? Probably not. But, Instagram is a place for sex doll influencers. Many of them rose through the ranks and are rather popular today as we speak. Not only in terms of their niche but in general. You can get a confirmation of this if you click here. Do we have your attention? We bet we do. Let’s talk about the people who share their influence on social media platforms and are dedicated to the sex toys industry. The first one on our list is Tasha Marie.

Now, we need to get one thing straight from the get-go. These influencers are sex dolls. Not people advertising sex dolls but real sex dolls. That’s right. Breed in, breed out and think about it. Tasha Marie is a sex doll. Her owner is a 50-year-old New Jersey native, Tony Foxx. It is he who takes photos of his partner and posts them on Instagram. He deems that his work has the quality and ensures everyone that Tasha can be treated as a living being. Her sponsors certainly do as she’s connected to such brands as Galmato Haven and InFoxycatedClothing. Foxx, the owner, has a wife and two children but still has the time to dedicate this doll. The two even communicate as she’s able to do so through the AI app called Replica. Mrs. Marie was declared Miss Congeniality. The reward was handed to her during a meet-up organized for sex dolls in 2019.

Yes, that is the name. No, it’s not the battle cyborg from the popular manga. It’s another sex doll. A doll with a lot of influence she’s not shy to share on Instagram. By now the shock must have left you. Yes, there are more of them. This one is owned by a man that goes under the nickname Atomic. The pair is in a relationship and Alita has become a true trendsetter thanks to it. The doll was purchased by Atomic in 2020 for $1700 after he got divorced from his real-life wife. If you didn’t know she’s from Paris, is a redhead, and is 27 years of age. This is rather specific but information like these help in creating their public image. You can think whatever you want about this couple, but by just looking at her Instagram page you’ll see that she’s not seeking followers through explicit content. It’s hard work and dedication.

An interesting name for an interesting influencer. Celestina is yet another example of how you can rise to the top in this niche. You’ll notice that these influencers don’t have dozens of thousands of followers. But when you’re a sex doll a couple of hundred ones to a few thousand will do the trick. Celestina has over 3 thousand, and the number keeps growing. Her owner, TFM, has only one complaint – discrimination. All content launched by his companion is deemed as an adult, which lowers its visibility to Instagram users. She even had a successful YouTube channel with more than 20 thousand subscribers. It was deleted. This is the type of discrimination we’re talking about. At the moment Instagram tolerates sensitive content to an extent, but the goal for sex dolls influencers is to break all boundaries. Today, that’s not possible. But they’re looking to the future.

If you thought that this list is over, you are wrong. Summer is a product of Mindy and Marty. Here, we’re talking about a married couple. They introduced a sex doll into their lives as a way to elevate their marriage. Today they have a few sex dolls but Summer is their first love. Their love for Summer took them to Instagram and the pair is behind this project. They have brilliant ideas and a couple of views about where they want to take this project as you can see from Summer’s Instagram page. They are not afraid to experiment both with the sex doll and with the photographs they’re taking. From an artistic position, you can’t argue that these people know what they’re doing. Thanks to the owners and their creativity it was possible to make these dolls into influencers. The niche is still young but thanks to the people such as Mindy and Marty it can grow.

It’s hard to conclude anything when the subject is touchy as this one. But now you know it. The word of sex dolls influencers is real. It exists, it grows, evolves, and soon it will take over. Instagram is just the first stop on the long journey that awaits these dolls. They’re seeking more attention. With the effort put behind them, we can say that it’s deserved. If you’re reading this article and have come this far, we can already tell that they have a new fan in you. Isn’t that right? 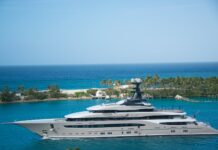 Best Voyager Spots to Visit in the Maldives 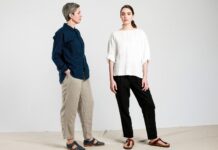 5 Rules About Wearing Linen Clothing You Need to Follow 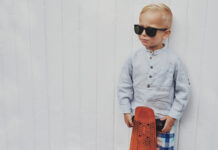 These 10 Toddler Items Will Define Summer 2022 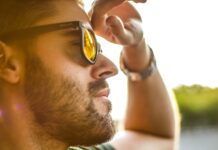 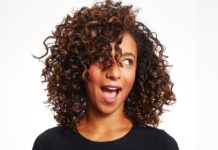 4 Fancy Hairstyles You Need To Try This Summer – 2022 Guide 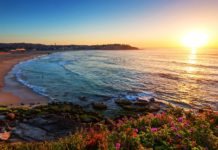