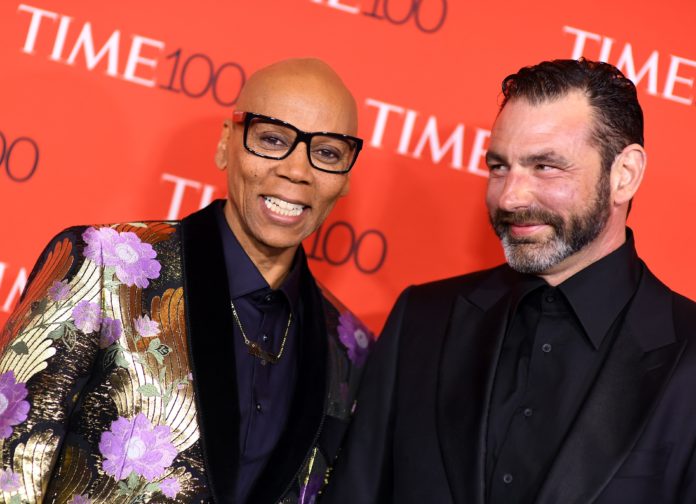 The most famous drag queen in the world, RuPaul Charles is an actor, singer, and the host of a reality TV show, called RuPaul’s Drag Race, currently in its 11th season on VH1. He plays the role of host, mentor, and head judge for this series as he searches for “America’s next drag superstar.”

Recently, RuPaul announced that he has become a husband, after marrying his longtime partner Georges LeBar. The couple has been together for 23 years, but only decided to make things official in 2017. Not much is known about Georges, since he likes to keep to himself and doesn’t always enjoy the media attention, unlike RuPaul. Here is some fact about him you might want to know.

RuPaul announced his marriage to Georges LeBar on Hollywood Today Live. He also talked about his husband’s lifestyle and how it looks to be a rancher.

“Most of the time, he’s on the ranch in Wyoming. He has a 60,000-acre ranch—it’s in two states, it’s in South Dakota, too. When I go there, I dress up in Western wear and nobody cares.”

As a guest on Jimmy Kimmel Live, RuPaul explained what life on a ranch in the 21st century is like. “A modern ranch is really land management… you lease out the mineral rights, you sell water to the oil companies, and you lease out lots of land for people who have cattle.”

Talking about his selfie in a western gear he made on the ranch, RuPaul said: “I’m the only one in Wyoming who dresses in western wear.”

The two met at a dance club in New York City. “I met him on the dance floor at Limelight in 1994 on his birthday,” RuPaul said. If you work out the math, it turns out that RuPaul (born in 1960) was 34 years old when they met. Georges is born in 1973, so in 1994 he was celebrating his 21st birthday. The age difference of 13 years didn’t stop them from falling in love. RuPaul later revealed that he had prayed for “a sweet, sensitive man” just before he met Georges.

Their relationship lasted for 23 years before they decided to get married. RuPaul is on record saying back in 2015 in an interview for Buzzfeed that he isn’t big on ceremonies. “No, I don’t stand on ceremony, I never want to conform to anything. We looked into it if we could get a tax break and stuff but not because… Is he devoted to me? Am I devoted to him? Oh, hell yes. [But] I never want to be like everybody else,” he said.

Eventually, RuPaul had a change of heart. He revealed his reasons for it an interview with Entertainment Tonight, saying: “in light of what’s currently happening in the world today, what’s happening in Washington, we thought ‘You know what? Let’s do it. Let’s just do it because there’s too much at stake with our businesses.” Asked if the marriage changed anything in their relationship, he said that it didn’t and that the commitment they feel towards each other is the same.

As one of the most recognizable celebrities in the world, RuPaul is used to being in the spotlights 24/7, but Georges is a different story. RuPaul said that he “doesn’t care about show business at all. He could care less.” They both try to keep their relationship as private as possible and apparently succeeding since they kept the news about their marriage a secret for so long. They first went out as a married couple for Time 100 gala, when RuPaul was honored as one “Time’s 100 Most Influential People.”

RuPaul and Georges love traveling the world together and the pictures they take are posted on RuPaul’s Instagram for his 2.9 million followers to enjoy since Georges doesn’t have an Instagram account. They have toured all major American cities and visited many attractions, like the Grand Canyon. They also went to Paris this Christmas. RuPaul says that one of the first things they did together was went on a trip: “I met him on a Monday 25 years ago. One week later, we were on Elton John’s private jet flying from London to Düsseldorf.” Gwyneth Paltrow’s “This Smells Like My…” Candle is Back!