Prince Harry and Meghan Markle’s days of privileges as senior royals are numbered. By their own choice, the couple embarked on the ride of uncertainty as they work their way to become financially independent. Major hurdles regarding their departure from Buckingham palace are surpassed, so now we are down to the itsy-bitsy details like Meghan’s Givenchy wedding dress.

The dress was made of ivory silk, A-line with fitted 3/4 sleeves, which also featured a train and was paired with a 16-foot silk tulle veil. The diamond tiara was a loan from The Queen and was never in Markle’s possession.

Haute couture dress like that can cost up to $350,000. Originally it was reported that the bride will foot the bill for her wedding dress but it remained unclear if that actually was the case. If Meghan Markle paid out of her pocket for the dress, which is highly unlikely according to the royal experts, then she can keep it. If not, the unique designer dress will be the property of the Royal family. 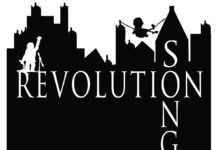