The formerly royal couple is now living in Los Angeles, of course, and with that, they’ve had to deal with some unwanted house guests at their new residence. A series of drones were flying as low as 20 feet overhead into what should be their private space, and now the couple is taking their troubles to the LAPD. Incidents have occurred at various times of day, including a concerning one when they were in the pool with their son Archie.

A source spoke to the “Daily Beast”: “They see these drones coming in at them, and they guess that they are being operated by photographers, but they can’t just assume that. Meghan received racist death threats at the time of her wedding, so the terror threat is very real for them. But, aside from that, imagine if you were in their shoes facing that, how that would feel? To have drones buzzing around 20 feet above your head when you are trying to play with your son?”.

Now, the couple is hoping the LAPD can help stop the ongoing drone issue. The former royal couple noted they do not want special treatment or ongoing police protection past the investigation into the drones. The source added: “They are not asking for any special treatment. Protecting their family is their top concern”. 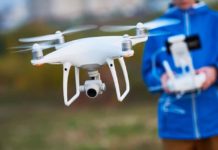 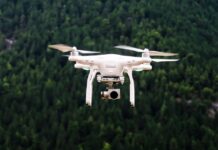 FPV Cameras: Steps for a Better Immersive Flying Experience in 2022