Home Celebrity Meghan Markle To Be Mentored By Angelina Jolie

Meghan Markle is reportedly looking to grow a professional relationship with Hollywood star Angelina Jolie. Following Meghan and Harry’s move to California, the former Suits star is looking to expand on her role as a narrator on Disney documentary Elephant with a big Hollywood connection in Oscar-winning actress and activist, Angelina Jolie.

According to the Australian “New Idea”: “It’s an open secret Meghan’s aspired to be like Ange for many years. Her work for good causes and the UN speaks for itself, but Meghan marvels at how Angelina’s managed to balance this with a thriving box office career and raising six kids”.

However, the admiration isn’t just going one way, as Angelina is also reported to be keen on cultivating a relationship with the Duchess. The pair are said to have met on several occasions, with Meghan and Angelina having an “intellectual connection”. 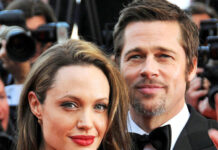