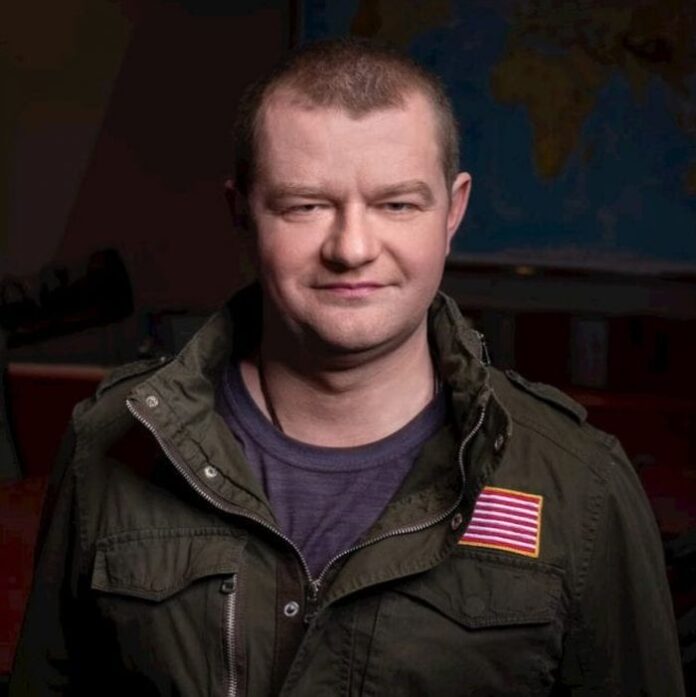 EOSDA, or Earth Observing System Data Analytics, intends to use satellite constellations to solve problems related to disaster recovery, forestry, gas and oil, and agriculture. Recently, the company has shared its plans to release seven satellites into low Earth orbit by the end of 2024.

This optical satellite constellation will be tasked with one main objective – to monitor the farmlands. The managing partner of Noosphere Ventures and the EOSDA founder is a talented businessman and space enthusiast. He is sure that EOSDA will be one of the top names in the small satellite sector soon enough.

The Expected Number of Satellites and Funding of the Project

According to Max Polyakov, the constellation’s final size is changeable and may be increased if there is a need for a shorter revisit time. As per the current plans, the company is opting for seven satellites that will provide customers with one-three days revisit frequency for agricultural regions. The constellation might be expanded to cover the needs of clients.

Max Polyakov is also in talks with potential partners in a search for investors to fund the project. If the negotiations go as expected, the company can hope for good results. Most of these investors have experience dealing with the space market and understand its targets and work principles. It’s important to attract not only finances but also knowledge and expertise.

The company’s owner looks forward to optimizing the technology used for production to make their satellite manufacturing process more cost-effective. For instance, using two cameras can increase the visual range from 20km to 40km. Thanks to this, there is a significant reduction in cost, because it is possible to use fewer satellites to cover the target territory.

What Are the Main Challenges Faced by EOSDA?

Max Polyakov states that creating a prominent name for the company in the already competitive Earth monitoring market is the toughest challenge for now. But of course, he admits that this task will take its time – the company needs to demonstrate its advantages and build a reputation based on its strength. He needs to establish the company as a reliable and trustworthy source of high-quality patented imagery that cannot be matched by its competitors. If done right, the market will naturally drift towards it. The Ukrainian businessman believes that his companies will succeed because of the concentration on space exploration that will benefit humanity. He intends to provide accessible solutions for the issues of the day through collected data analysis.

The businessman offers his clients and customers an opportunity to take advantage of the merging of satellite data and proprietary analytic platforms. Since EOSDA relies on producing in-house components, agricultural customers will be provided with a set of readymade solutions at very affordable prices. Additionally, the international businessman wants to make sure that the efforts can be scaled across any territory and region; however, it may take some time for the satellite technology to get deployed at any location around the world.

Who Are the Target Audience? What Are the Differences Between Small-Scale and Large-Scale Farming Organizations?

The most crucial difference between the two farming organization types is mainly about the data they require. Small-scale farms use the data provided by the satellites mostly to optimize resources. In contrast, large-scale farms make use of remote field satellite monitoring. Currently, EOSDA has three main targets. The first is input suppliers because they will be the ones interested in creating a comprehensive approach for covering the basic needs of farmers. The second is integrators from the local areas who already have a prominent presence in the market and introduce and distribute technologies for precision farming to agricultural workflows. Lastly, the farmers themselves. The company owner states that the solutions have proven to be quite effective because EOSDA is already an internationally acclaimed analytics resource, covering approximately four million hectares across more than 50 countries.

What Advantages Does EOSDA Satellite Constellation Have over Its Competitors?

The advantage that the EOSDA satellite constellation has over other LEO constellations is that the company focuses primarily on the number of bands in cameras to improve the quality of images. Also, the parameters have been adjusted specifically to solve agricultural modeling problems. For instance, the bands present in the satellites will be used to obtain various biophysical parameters, like the Leaf Area Index (LAI). Only satellites that meet the gold standards like Modis, Landsat, and Sentinel are capable of providing the required quantity of bands. However, those also have a major disadvantage – the rate of a revisit time of eight or more days is quite insufficient.

However, the market is yet to come up with a solution. In most cases, the total number of channels on the camera of any optical satellite is four. They may not be enough for tasks related to agriculture. Polyakov intends to equip satellites with cameras designed to acquire the images customers are looking for. The first satellite will contain an 11-spectral band matrix; for harmonizing the sensor, it would be aligned to the Sentinel-2, the Earth observation mission. The three virtual channels for SWIR of this particular design can be calculated via special algorithms and mathematical modeling.

However, the technical aspects are not the only reasons why Polyakov believes the project will be a success. The vertically integrated powerhouse he intends to build will allow producing all the needed components in-house, thus reducing the overall cost.

Eventually, it will be a gift for agricultural practicing households, irrespective of whether they are big or small, and even for governments and insurance companies. The key advantage is the ability of the company to come up with a solution for many types of problems, thanks to the vertically integrated space ecosystem.

What Are the Other Plans of Polyakov’s Space Companies?

2021 is an exceptional year for EOSDA. Apart from the EOS SAT satellite constellation, the company also aims at launching the EOS SAR radar satellites that were announced the previous year. One of the goals is trying to synergize the two constellations and deliver both radar and optical data.

The SAR satellite project has been working to develop an X-band systematic aperture radar, all while maintaining the payload weight under 50-kg; this is done with the help of a lightweight mesh reflector antenna that can be deployed. Since the prototype testing has been successful, creating and analyzing a ready EOS SAR satellite model is now underway.

Also, Dragonfly Aerospace is looking to complete the development of its optical payload and move ahead into the last engineering and integration stage of the satellite. It means that the satellite and the payload will be ready by this year’s end.

The owner has also said that the satellite data will be incorporated with analytical solutions by 2023. Additionally, partnership opportunities will be explored for scaling. It is expected that by 2024 all seven satellites will be launched into orbit.

How Will the Market of Satellite Analytics and Imagery Evolve?

EOSDA is working towards various projects for a wide range of industries ranging from real estate, green energy, forestry, etc., to disaster management, monitoring climate changes, and agricultural analytics. There has been no upper limit on how satellite analytics may be used. It is expected that both the analytics and data quality will show significant signs of improvement in the future thanks to the advancements in technology.

While the images will be directed from the EOS SAT via 11 diverse band channels, the company is looking forward to improving applications apart from predicting models. Additionally, it will also provide optimized irrigation management and better agriculture monitoring and support systems.

What Are The Long-Term Goals for the EOSDA?

EOSDA is looking to realize its mission of providing significant benefits of space exploration for the human race. Hence, the company is working hard to achieve these goals. Expanding the use and reach of the data provided by these satellites, Max Polyakov hopes to significantly improve the solving of global problems. The satellite constellations will also be a vital part of the development of the agricultural industry.

Why Do Speakers Sound Better on Stands – 2022 Guide