The origins of the Maine Coon are fascinating. One theory involves famous French royal Marie Antoinette: during the height of the French Revolution, her supporters prepared an escape plan by way of ship to the United States. They loaded up her things in trunks, including her beloved Angora cats, put them on a ship, and waited for her.

As the history books tell us, Marie Antoinette did not survive the revolution. However her Angora cats made it to America and mixed with the longhaired cats there, resulting in Maine Coons we know and love today. This is an interesting theory and one only has to look at a silver or black Maine Coon to notice how regal and proud they look, according to Mainecoonhawaii.com.

Yet another theory involves Europe, but not France, but rather England and Scandinavia. And in contrast to a luxurious royal upbringing, the cats in this theory are working class. You see, Vikings from Scandinavia or Pilgrims from England had to make long journeys by sea to the new world – America.

There were rodents and other vermins on the ships that were considered real pests. They chew through wiring, spoil food, and spread diseases, just to name a few. So it was common practice to have a cat onboard that naturally would kill and eat rodents. Various long haired cats from these locales were brought on board as ship’s cats en route to America. Once on land, they interbred with the local cats, bringing us the Maine Coons we know.

This is a theory I find more likely, as there is a very similar cat breed in Norway called the Norwegian Forest Cat or Norsk skogkatt. They share many physical similarities with contemporary Maine Coons, like a large size, long dense fur, and long tail.

Maine Coons are the largest natural domestic cat breed in the world. Males can weigh between 18 – 25 pounds on average. Females are between 10 – 16 pounds. Measured from nose to the tip of the end of their tail, these cats range from 30 – 40 inches in length.That’s 3 – 4 feet!

They totally stand out compared to average cats, and if compared side to side, Maine Coons are often 1.5 – 2 times the overall size. And to illustrate the point further, this breed is actually bigger than toy dogs, and are more like a small-medium size dog.

On top of their size, the Maine Coon has features to make it look more massive than they are. Their thick, long-haired coat is one part of it. The fur is also longer in sensitive areas like the neck and chest, belly, and back of legs. Fur also sprouts from their ears and between toes – these act as snowshoes and earmuffs. All of this helps when navigating ice and snow in their native New England. And these add to the cat’s impressive silhouette.

This information is also by no means conjecture or anecdotal. The Guinness Book of World Records current title owners for longest and largest cats are both Maine Coons.

Why Are They So Large?

Maine Coons are more like small dogs and elicit reactions from unsuspecting people like “Is that a lion?” and “That cat looks like a tiger!’ all the way to the classic “that’s a big cat!” Let’s talk about just why that is.

It comes down to environment and evolutionary genetics. While we don’t know where the ancestors of Maine Coons came from, we know it was a cold place and the cats themselves were long-haired. They also made landfall in the Maine and New England region of the United States. This area is famous for its intense winters and harsh conditions.

Bergman’s Rule is an evolutionary phenomenon that states a mass of a creature is directly correlated to how cold their living environment is. Basically, as you head to the North and South poles of the earth, animals (and people) are larger. In the center, near the equator, they are smaller. The reason for this is warmth retention. A large body can stay warm for longer and is better suited for colder climates. In hotter places, it’s more beneficial to be smaller for improved heat dissipation.

So larger cats were better equipped to survive and thrive. They passed these onto their offspring and now you’ve got a whole squad of big cats!

We can all learn from Maine Coons. This breed has been improving their lives soon after landing in America. They were immigrants and worked hard. Humans noticed, and gave them a chance. Barn owners invited these cats in to protect their supplies and equipment from rats – just like with ships.

And once Maine Coons started working indoors, they charmed humans even further into letting them in the primary house. After that, the natural beauty and friendly attitude further solidified that bond. Today, most Maine Coons are pampered indoor cats and can be found in CFA and TICA accredited cat shows. Go down to your local cat show and see beautiful Maine Coons and their owners – it’s a fun time.

After retirement from the show circuit, some ex-show cats have jobs as therapy cats. You may be more familiar with the term “therapy dog,” but be aware therapy cats exist too.

Therapy cats are so good with people and being handled, so a former show cat is the perfect candidate. They visit nursing homes, healthcare facilities, and other institutions to spread joy and snuggles. This is a hard job and not every cat is able to do this, only those model citizens for which a cushy life after retirement is not enough. 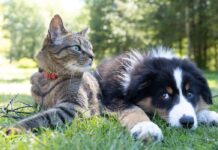 6 Simple Ways To Protect Your Pets From Parasites 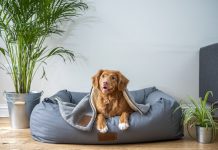 How Do You Dry a Dog With a Thick Coat? 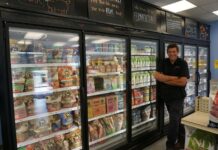 How Display Freezers Increase Sales in Your Pet Store 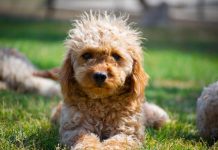 Is The Cavoodle Dog Breed High-Maintenance?

Marela Bush - October 23, 2021 0
Switching to a new formula when a baby turns 6 months or leaving it on the already familiar diet? Why is a new formula...

Why Do So Many People Take CBD Oil?