Home Gamble Lottery Around The World: Where’s it The Most Popular?

The lottery is among the biggest crazes for the people of the world. Its various forms and types take hold of people as they hope to win the enormous prizes and turn their lives around. Although the chances of winning the lottery are unbelievably low, this form of gambling is as popular as ever. The prizes are bigger, the marketing is more frequent and expensive, and an average person can hardly go a week before spotting an advert for some kind of lottery. In this article, we will go over some of the biggest and most popular lotteries around the world. If you want to check out the

Spaniards really do know how to do the lottery, evident by their astronomical prize pots that have reached 2.5 billion euros. Yes, you read that right, billion, with a “b”. The “El Gordo”, meaning “The Fat One”, was awarded on Christmas no less, and it became the biggest lottery win ever. Spain is hardly in a financial situation to hand out such large sums nowadays though.

The EuroMillions is another place where Spaniards can search for financial luck and win millions. This lottery takes place around the whole European continent, and it has been making millionaires out of ordinary people since 2004. It is also famous for rollovers, when nobody wins and the money stacks for the next week. In 2012, a couple from Britain won more than 200 million euros, only a year after a Scottish couple cashed in around 190 million euros. That same night, their Millionaire Raffle made 100 millionaires, but only 97 came forth to claim their prize.

America never goes small on anything, and their Mega Millions is a clear example of this. In some states, gambling is outright forbidden, while others like Maryland, Kansas, and Illinois, do not care for that. In 2012, three winning tickets from these three states shared a huge prize pool of $656 million. Pat and Merle Butler from Illinois cashed in $218 million that night, while the two other winners remained anonymous. In 2013, the $648 million prizes were shared between two winners from Georgia and California.

Similarly to the Spaniards, the Italians go big when it comes to this sort of gambling. Italy also participates in EuroMillions, and they had 177 million euros spread across 70 winners in 2010. In 2011 however, their own SuperEnalotto awarded a single person 148 million euros. Back in 2008, the same lottery was taken by a Sicilian who bagged around 100 million.

Last but not least, we will head down to the Land Down Under. Like any other fun and crazy thing, The Aussies love gambling. Their Oz Lotto can go toe to toe with the best of them, and during the Melbourne Cup of 2012, which is the biggest horse race in the country, four families were lucky enough to share the prize pool of over AU$ 111 million. One of them was a syndicate of 80 members who shared their cut of the money.

In the very end, Singapore is worth mentioning. This country also goes big in the lottery. Toto is the second most popular game in Singapore that gathers each Monday and Thursday more than a few million players.  To learn more about the prizes and previous results there, visit this link: http://pengeluaransgpdwlive.com. 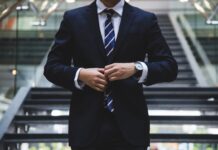 What You Need to  Know About Doing Business In Italy

The Most Controversial Soccer Games of All Time 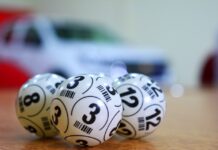 What Makes Bingo So Popular Among Seniors?

Why do People Keep Playing the Lottery – 2022 Review