You’ve just arrived in London and are ready to party. Well, you’ve come to the right place. If you’re looking for the ultimate clubbing experience, London is the place to find it. Whether you just want to have a couple of drinks or party until the wee hours, there are plenty of options to choose from.

And unless you’re a particularly restrained individual, what starts out as a cocktail or two will quickly develop into a full-fledged night out on the town. The capital offers a thriving nightlife scene to suit all tastes and budgets.

Going out can be a little tricky, though. You don’t want to spend the entire night in one place, but you also don’t want to waste time going halfway across the city. Where you go out is very important to how well your night goes. The ideal situation is to find a vibrant scene with many venues relatively close together, and if it’s close to your hotel, it’s even better.

We’re here to help with our list of the hottest nightlife spots in London. Each has its unique flavor. All you have to do is pick the one that best fits your tastes.

Soho is the spiritual and geographical epicenter of London’s nightlife. This world-famous party venue, located in the heart of the city, is known for hosting some of the wildest dance nights in town.

From outrageous and opulent disco establishments like Freedom Bar, Barrio Bar, and Club 49 to eccentric music places like Garlic & Shots and Ain’t Nothin’ But – you won’t have any trouble finding the perfect place for you.

Of course, it can be a little pricey, but you’re sure to have a fantastic time.

Imagine yourself at a gritty rock bar crammed to 2the gills. Camden is unquestionably the place to be if you enjoy the alternative scene. North-west London’s Camden Market and vibrant bohemian nightlife are two of the area’s most well-known attractions. It is a terrific spot to party, with some of London’s most unusual stores and alternative street art.

It’s also a great place for those looking for live music. Its pubs and bars are sure to entice visitors. Bars like the Electric Ballroom and The Blues Kitchen, known for their Blues and Pop Rock vibe, fill up at nightfall.

The World’s End, which has already hosted Radiohead, is one of the most popular pubs in the area, and it boasts a fantastic collection of local beers! To round off your evening, head to the Koko club, which is housed in a former theater building. The tickets are reasonably priced, the music is diverse, and the ambiance truly stunning.

To people who live in London, Shoreditch is inextricably linked to hipsters. It is, without a doubt, one of the trendiest areas in town, with chic speakeasy cocktail clubs and hip disco bars. If you’re searching for a laid-back bar vibe with a dash of underground dance flair, XOYO and Cargo are two of the best picks.

However, if you’re looking for something edgier, you’ll want to check out the Village Underground and The Hoxton Pony.

Feel like having a cocktail at an affordable price? Then go to the Queen of Hoxton – a four-story bar with a massive rooftop terrace located in the heart of Shoreditch.

Some people prefer champagne and dancing in high heels over thumping, sweaty clubs, and West London is perfect for that. Raffles Nightclub is one of a number of high-end bars and restaurants along the river from South Kensington to Putney Bridge. For an elegant night out, check out Maggie’s club in Chelsea, the Tequila Mockingbird on Putney Bridge, the White Horse in Parson’s Green, or the Harbour Bar at Imperial Wharf.

Getting about will require a taxi, but this shouldn’t be an issue if you can afford paying the prices in these fine establishments.

Mayfair is known as one of London’s most affluent and elite neighborhoods, boasting five-star hotels, boutiques, restaurants, bars, and pubs. If you go to Mayfair, Bond Street is an absolute must. And if you’re looking for someone to accompany you on short notice, London attracts escorts from all over the world. You’re sure to find someone interesting to spend a nice evening with on www.peachyescorts.co.uk.

Just keep in mind that if you’re on a budget, Mayfair will undoubtedly exceed it.

Greenwich is better known for its maritime history than for its nightlife. However, delve a little deeper, and you’ll discover an excellent mix of relaxing pubs and cool clubs where you can dance the night away. The Venue is a terrific no-frills night out, while IndigO2 is one of the top clubs in the city. Visit the North Pole piano restaurant for an upscale bar and dining experience before going to the Up the Creek comedy club for some late-night stand-up.

What makes Greenwich special, though, is the wonderful range of pubs. You definitely won’t want to miss the Greenwich Union’s artisan beers.

Brixton, the birthplace of David Bowie, has become London’s new Shoreditch and even has its own currency. The Brixton Pound is a local currency that can be used to pay for goods and services in the area’s independent stores and pubs.

Victoria Lane station is a great place to begin your exploration of the village’s diverse cultures and Jamaican vibes. Music aficionados will adore this spot. You will discover outstanding bars, clubs, and concert halls for all preferences – for example, the Ritzy if you enjoy jazz and the Prince of Wales if you enjoy house and hip hop.

Above all, don’t forget to check out the Brixton 02 Academy, which is one of the most renowned clubs in the city!

Originally a private garden in Stockwell Road, the venue was converted into a cinema and theater in 1929. Then it was turned into a discotheque in 1972 and in 1983 it became a concert hall. Now it has become one of the best places to see live music in London and has hosted more than 50 live albums, winning the NME Best Venue award 12 times since 1994. 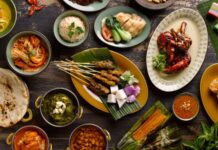 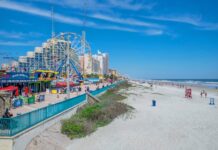 8 Things to Do in Daytona Beach 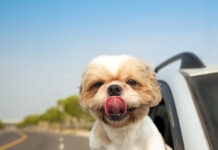 How to Prepare Your Dog For a Long Road Trip 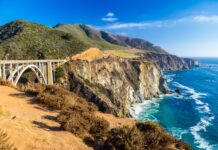 How to Plan and Prepare Your First West Coast Road Trip 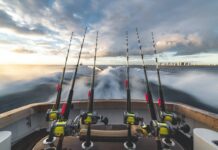