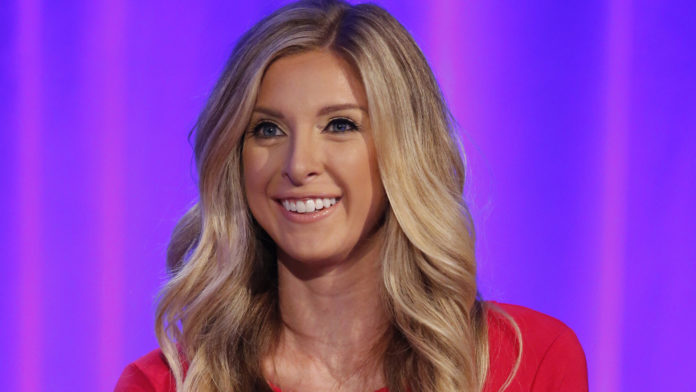 Lindsie Chrisley Campbell is famous around the world thanks to her appearance on the hit USA Network reality show, called “Chrisley Knows Best”. She is an actress and a reality TV personality from America, who became famous following her marriage to Will Campbell.

Lindsie Chrisley is a social media freak as well, as she owns and runs a blog “Living Like Lindsie”, as well as and accounts on Instagram and Twitter. She uses these platforms to inspire her fans and give them all of the updates on her life. She is one of the celebrities who appear in the headlines for reasons that are not pretty. Read on to learn more about her.

She was born on September 17, 1989, in South Carolina. Her parents are wealthy and famous, Todd and Julie Chrisley, and they are responsible for their daughter’s successful reality TV series “Chrisley Know Best”. Although Julie is not her biological mother, Lindsie loves her very much and thinks of her as her best friend. Lindsie Chrisley’s real mother is actually Teresa Terry, who is the secret former wife of Todd Chrisley. Still, many people believe that Julie is her real mother.

She is the eldest of five children and has one brother named Kyle, and three half-siblings, Savannah, who was a contestant in the 2016 Miss Teen USA, Grayson and Chase. Lindsie is 5 feet 8 inches tall. Not a lot is familiar with her education and more personal life.

Lindsie Chrisley Campbell is famous for her active roles on American reality TV shows on the USA Network. Her family has had many controversies, and most of them revolve around their lifestyles. The TV series that includes all of Todd’s children, his mother Faye, and his grandchildren, centers around theirs. Todd Chrisley’s unique style of parenting, as well as his “extreme methods of disciplining” children, are controversial and debatable among the many viewers. The reality show has had five seasons so far.

Lindsie has worked tirelessly to make sure she rises to fame and appeared in around 30 episodes of the five seasons. The first season averaged 1.16 million viewers, while the second had 1.49 million viewers per episode.

Since she is from a wealthy family, Lindsie was able to amass a sizeable wealth for herself. Her net worth, as of this year, is estimated to be around $1.5 million. This will surely increase as the reality show continues on, and she will probably star in other TV series. Her Twitter account name is @LindsieChrisley, and she has more than 112 thousand followers. On her Instagram page, 350 thousand fans follow her.

Lindsie married Will Campbell in 2012, while she was only 19 years old. Their marriage was very controversial and her father did not approve. Her love life has had many ups and downs since her wedding. Five months later, she was pregnant, and they now have a four-year-old son Jackson. However, back in 2016, the TV star wanted a divorce because of some major irreconcilable differences. She said that although he was her first love, their relationship became cold over the years, which resulted in a need of independence. After Lindsey filed for the divorce, she moved to Nashville where she stayed for several months to clear her head and “figure things out” on her own.

However, the pair agreed to get back together and settle their differences, so a reunion happened. While they were apart, the two exchanged calls and were thankfully able to realize they are meant to be together. She withdrew her divorce paper in 2018 and they are now living together happily as a family.