Kourtney Kardashian is a self-confessed “born b***h” who couldn’t care less about what people think about her. She earned the reputation of always being ready to spit venom regardless of who she offends or upsets.

The 40-year old made the spectacularly quit “Keeping up with the Kardashians” after getting into a brutal fight with her sister Kim. Kourtney scratched and punched Kim’s head to the wall, and Kim was putting up a fight herself kicking Kortney a few times. Kourtney jibed at Kim: “I don’t want to be near your fat a*s”.

Kourtney takes pride in having no friends claiming that she is glad about it.

Here are some of her savage scuffs over the years.

Kourtney finds it very amusing when Kim sobs because “she has an ugly crying face”.

She was also taunting Khloe when she was chubby and struggling to lose weight. While play fighting, Khloe laughed: “It’s not over til the fat lady sings”. Kourtney shot back: “Khloe, start singing!”

The oldest Kardashian sister mocked Kim about her backside: “You think you’re hot s**t because you have the biggest ass in LA – bye”.

Towards her exiting the show recently she called her whole family a “f***ing b******s”. 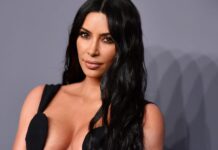 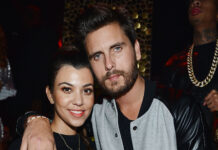