Home Net Worth Kodak Black’s Biography, Career and Net Worth 2022

One of the most promising rappers is Kodak Black. He is already very successful, but he also has a bright future. Kodak Black is still very young, but he had some troubles with the law. Some say that he is just a ‘mumble rapper’, but he is much more than that, and some famous rappers admire and respect him.

If you want to know more about Kodak Black, his career, biography, his troubles with the law, and his net worth, continue reading this article.

Kodak Black’s real name is Bill K. Kapri, but his birth name was Dieuson Octave. He was born in Pompano Beach, Florida, on June 11, 1997. His parents were both Haitian immigrants. He was raised by his mother because his father left them soon after Bill was born.

His mother and he moved to a housing society in Golden Acres, where immigrants from Haiti lived.

Kodak didn’t have a simple and easy life, he began selling drugs when he was very young, and he had any trouble with the law. He was expelled from school because he got into many fights there, and he wasn’t interested in school at all. He bearly attended classes. But despite him missing out from school he read a lot of dictionaries and managed to expand his vocabulary. He began rapping in elementary school, and he recorded music when he was only six years old.

He got arrested when he was in middle school for auto theft, and he also participated in many house burglaries and fights.

In 2003, he released his debut mixtape named ‘Project Baby’. Everyone at the local nightclubs loved this mixtape and that made Kodak very popular. After that, he released the other two mixtapes, ‘Heart of the Projects’ and ‘Institution’.

A moment that changed everything in his career was when the famous rapper Drake dance to one of his songs, ‘Skrt’, in 2015. When everyone saw this, they instantly searched for this song and Kodak, and that made him very popular.

After that, he released a sequel to his mixtape ‘Project Baby’, and the most popular single from that album is ‘Codeine Dreaming’, everybody loved it.

Another success was his mixtape ‘Heartbreak Kodak’, that he released on Valentine’s Day in 2018.

He choose the name Kodak Black when he created his Instagram account, and he became popular by that name. He legally changed his real name to Bill Kahan Kapri, after he became a Hebrew Israelite during his incarceration in 2018. And Kahan means “priest” in Hebrew.

Kodak Black’s Troubles with the Law

Kodak has been arrested many times in his life, because of robbery, possession of marijuana, and even sexual assault. But the most recent arrest was from May 2019. Miami PD and Federal Officers arrested him just second before he was going to perform at Rolling Loud. He was charged with two counts of making a false statement on a legal form when he was lying while filling out paperwork to purchase firearms.

“I’m a product of my environment. I grew up in the projects, I’m a project baby. All the project babies can relate to what I say, ‘cause they’re on the same thing. We’re cut from the same cloth, you feel me? We going through the same struggle and all that shit. So, they gonna feel me. And all the other people, they just like what I’m saying, they just like my drive.”

“I have a huge drive. I was born with nothing. So I was always brought up like: go get it. No matter what. Even if it’s scoping and poking. Rapping and trapping. You know, I did it. I switched my whole grind up from doing that, from scoping and poking, to just getting in a booth and just doing my thing.”

Kodak Black has a very promising music career, only if he manages to stay out of jail. But we believe he will be very successful. His net worth now is estimated to be around $600,000. But despite his net worth not being that big, he is donating his money to charity organizations. He donated $10,000 to the Jack and Jill’s Children Center, he provided gifts for 150 kids in Broward County in Florida, and he donated $5,000 to the organization. He also said that he started to build a school in Haiti. Kodak Black is a bad-ass, but he has a big heart. 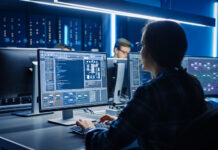 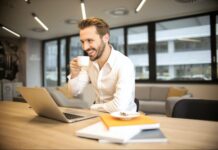