Home Health Everything Worth Knowing About Ovarian Cancer

There are many different cancer varieties, and it is a particularly insidious disease. Some kinds only impact women, and ovarian cancer is one of those.

Women should know about ovarian cancer, including how likely they are to get it and what treatments exist. We’ll go over all of that in the following article.

What Exactly is Ovarian Cancer?

Survivornet.com states that some people call ovarian cancer “the cancer that whispers” because women generally don’t have symptoms “until the cancer has reached its late stages.” Ovarian cancer refers to tumors that grow in the ovaries. Since only women have ovaries, men cannot get this cancer variety.

You may have some symptoms at first, but it’s hard for a doctor to say that they constitute ovarian cancer. Since the signs can be quite subtle, doctors insist that women know what they are so that they can begin their treatment as quickly as possible if they appear.

What Do the Ovaries Do?

The ovaries produce estrogen, which doctors call the sex hormone. They produce eggs as well. Each woman has two, and they are on either side of her uterus.

The fallopian tube will pick up an egg from the ovaries. It will then carry it to the uterus so fertilization can take place.

Are There Multiple Ovarian Cancer Forms?

There are multiple ovarian cancer varieties. They occur at different female life stages. Researchers say that there are more than thirty types in total.

Germ cell is one of the most common ones. These tumors develop in the egg-producing cells. They will usually affect just one ovary instead of both.

If you have a teen or young woman who gets an ovarian cancer diagnosis, it’s usually the germ cell variety. This is a cancer type that doctors can generally cure if they catch it soon enough.

Epithelial is another common type. Approximately 90% of ovarian cancers fall into this category. You will find the cancer cells in the ovary’s outer layer.

Most of the epithelial tumors that doctors find do not turn out to be cancerous. When they are, though, they can spread before a medical professional detects them, and then the woman’s life is in danger.

When Are Women More Likely to Get Ovarian Cancer?

If you’re assigned female at birth, then there are certain situations where you’re more likely to develop ovarian cancer. For instance, if you go through menopause, you have a higher chance of contracting it afterward.

If you have used hormone replacement therapy, that ups your risk level. If you have had family members with ovarian cancer, then you should be on the lookout, as you have a higher risk level as well.

If you have weight problems like obesity, that ups your risk level. There are some gene mutations that make ovarian cancer more likely. You might contract it if you never carried a pregnancy to full term or if you had your first pregnancy when you were over 35.

Is There Anything That Lowers Your Risk Factors?

There’s some good news, which is that there are specific actions you can take that will lower your risk factors. You can have children. When you give birth, the chances of contracting this cancer type go way down, especially if you have multiple kids.

Several surgeries can reduce your chances. If you get your tubes tied, that lowers your risk level. Removing the uterus will drop it as well, as will removing your ovaries.

If you breastfeed, even for as little as 1-3 months, that can lower your risk level. You can also use birth control for five or more years. Hormonal birth control does come with its own unique risks, so make sure that you weigh those before you decide to go in this direction.

What Are Some of the Symptoms?

There are a few symptoms that could indicate that you have contracted ovarian cancer. You might see dramatic bowel habit changes. You could vomit or experience nausea.

You may experience abdominal or pelvic pain. You might feel unusually full or bloated.

As you can see, these symptoms can also indicate other conditions, which is why some doctors cannot immediately detect ovarian cancer. If the signs were more obvious, then it would be easier to catch this tricky cancer form.

What Can You Do if You Contract Ovarian Cancer?

If your doctor does give you a positive ovarian cancer diagnosis, they will likely send you to a gynecologic oncologist. There aren’t really that many treatment options for this cancer type.

Essentially, you can do chemotherapy and then surgery, or vice versa. Your doctor will speak to you about which is the better order for your situation. Some different factors will go into deciding.

The doctor will look at the cancer type and how far along it is. They will also look at your age. They might factor in whether you plan to have kids in the future.

More often than not, you’ll need to do the surgery first and then chemotherapy afterward. The chemo gets rid of any cancer cells that the surgery missed when the doctor removed any existing tumors. You could also have chemo first to shrink the tumor before the doctor removes it.

Whenever you hear the word “cancer,” that’s scary, and ovarian cancer is no exception. However, if your doctor caught it early enough, it is by no means a death sentence.

You should be able to beat this thing if you tackle it aggressively and eradicate it. A competent doctor can help you do it. 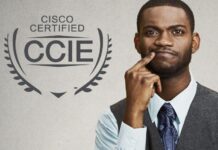