Home Celebrity Who is The Fiancé of Kid Rock, Audrey Berry? 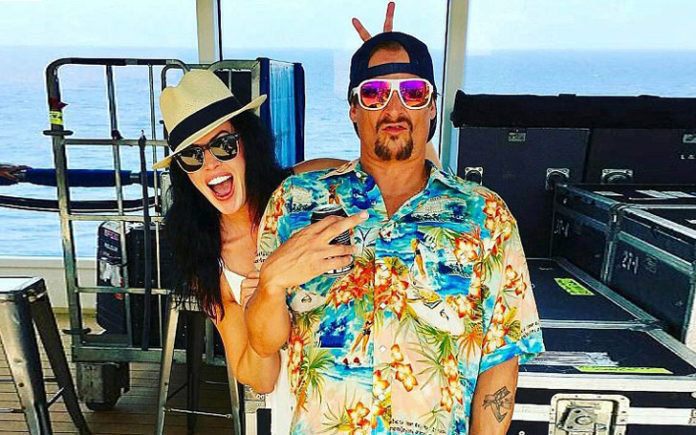 Kid Rock does not really keep quiet about things in his life, and the loudmouth rocker has always been open about his partying, sex, and political beliefs. However, when it comes to his long-time girlfriend Audrey Berry, he had stayed uncharacteristically silent. They have engaged now also, but he has never made a public announcement about this big life step. Because of all this, it is strange that we saw Berry with her Cowboy singer in the photo with President Trump at the White House, as well as Sarah Palin and Ted and Shemane Nugent. This is a great moment to learn more about Audrey Berry.

Their engagement was on the down low

As we said, there was no official announcement of the engagement, but the things were clear when she showed up on his “Chillin’ the Most” cruise with a giant diamond ring. Berry and Rock first met in 2010 at a restaurant, and they have been dating since then. She is familiar to the many diehard Kid Rock fans but is not a celebrity on her own. This is a factor in their relationship Kid Rock wants to protect.

Kid Rock tried to keep her out of the spotlight

In a 2011 interview with Piers Morgan, the singer talked publicly about his significant other for the first time. He never mentioned her by name, however, but he answered Morgan’s question about “anyone special” in his life. He replied with “Yes. You know what happens – you put these people out there, and you declare your love for them and the press gets interested and sometimes it destroys somebody else’s life. What if that doesn’t work out for that other person? This is somebody who is not a celebrity, it can really be a tough thing to deal with. I’m thinking of somebody else (and) trying not to be so selfish. It’s better in the end. Whatever it’s gonna be it’s gonna be. Things go one way or another (but) at least she’s protected.”

However, he also said that “Being married sucks,” and that at this stage in his life, he could not see himself married again. Therefore apparently, some time since then he changed his mind and proved it with a giant diamond ring.

Audrey Berry is into his redneck lifestyle

The first thing that gave out Audrey Berry is all about the country life is a photo Ted Nugent posted on his blog of himself, his wife, Kid Rock, and Audrey Berry, holding their compound bows for what was some target shooting fun. In an interview in 2015 with Rolling Stone at Kid Rock’s 500-acre Alabama getaway, he allowed a glimpse behind the curtain of their relationship. Rock is introduced as a man who was hunting all morning with Gabe, “a portly local salesman who sold Rock a dog.” Berry comes in a pickup, “just back from Walmart,” and they drive four-wheelers to a cage. There, Rock trapped three feral hogs, which they execute using Rock’s small artillery. He uses a “9-mil” pistol to shoot one, and gives Audrey Berry a rifle. She then says, “Ah, they stink!”, and kills one herself, saying, “Poor thing! Sorry, buddy.” Later, some locals come for an all-nighter, and Audrey Berry “cranks Miranda Lambert’s Platinum and serves a venison pasta dinner.”

She was present when Rock’s assistant died in a crash

Kid Rock’s assistant, Michael Sacha, sadly died in an ATV accident on the Nashville estate Rock owns, back in May of 2016. The Detroit Free Press states that Sacha was returning from driving guests after a cookout to their Uber ride, at the other end of the driveway. He then lost control of the vehicle and crashed.

Only in the morning did Kid Rock and Audrey Berry come upon the accident when they arrived from the airport. The 911 call was also released to the public, and he was frantic and frustrated when the operator asks him to repeat himself several times. Audrey Berry then takes the phone and says, “We woke up, and he wasn’t in the house and we came to look for him. It’s not like him not to be up early. Oh my God, can you just please send somebody? He’s off to the side of the driveway … We have an ATV, we heard the engine running. It’s in the trees and it’s still running. We didn’t touch anything. I can’t look but he appears to be dead.” Sacha had a blood alcohol level of .20 when he died, meaning he was intoxicated while driving.

Berry was remarkably calm in this tragic situation, considering her “hog murder” from the Rolling Stone article. She was also recovering from her own “nighttime ATV crash”, after which she suffered a broken leg.

His song “Johnny Cash” is about Audrey Berry

The year 2015 had to be when Kid Rock decided to loosen up when it comes to the secret status of his relationship. He also spoke to Q Magazine back then, about his mysterious lady friend of course. He said Berry has had a “calming influence” on him and added his “life is so much simpler being with one girl.” “Now I’m not chasing chicks around I’ve got so much more free time.”

He also admitted his song “Johnny Cash” is a tribute to the redneck princess in his life, whose “outdoor obsessions outstrip even his own.” The songs have lyrics like, “I like to watch you shoot your guns / And I like the way you love having fun, oh baby,” it is easy to connect the dots. 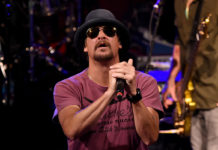 Kid Rock Refuses To Close Down His Restaurant Amid Coronavirus