Speculation over the Khloe Kardashian’s changing face has fascinated her fans on social media after she unveiled her dramatic new look last weekend.

Some fans were convinced Khloe’s new face is the result of plastic surgery while others suggested her different look was a product of Photoshop editing. The reality star had a sassy comeback when she finally addressed the surgery claims on Instagram. Khloe couldn’t resist joking her unrecognizable looks was a result of her “weekly face transplant”.

Reports of Kardashian’s changing look has been the talk of social media since last weekend. Comments started snowballing again after Khloe posted two more photographs and a video clip on Instagram on Friday.

Surgery speculation comes after a scandal that has been swirling around Khloe in recent weeks after she became caught up in her ex Tristan Thompson’s paternity test reveal. 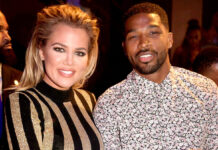 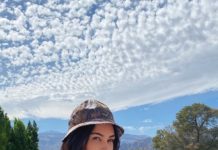 Kim Kardashian Finally Got Rid Of Cellulite in 2022

Jordyn Woods Blasted By Kardashian Fans For Stirring Up Drama