Arnold Schwarzenegger has dropped a huge hint about when his daughter Katherine will give birth. Katherine Schwarzenegger(30) and Chris Pratt (40) tied the knot in June last year. Pratt already has a son Jack (7) with ex-wife Anna Faris.

Speaking about the pregnancy news with Jimmy Fallon on his “The Tonight Show”, Arnie gushed about his excitement. And he suggested that Katherine could be further along in her pregnancy than fans realized, saying she’s due to give birth in the summer.

He said: “Can you believe that? That is really exciting news that Katherine now is pregnant and having a baby. I don’t know when exactly. Sometime this summer. Inevitably, I’m really looking forward to playing around with whatever it is, she or he, and having some fun”.

“Think about this for a second…. you can do Kennedy, Schwarzenegger, and Pratt. We can do anything. We can go and solve the Cuban Missile Crisis, we can go and kill predators with our bare hands and we go and train dinosaurs”.

But he said the one thing he doesn’t want the child to inherit is his famous accent. “That’s what we don’t want”, he joked. 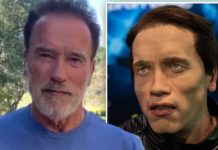 Schwarzenegger Is Suing Over “Arnie” Robot 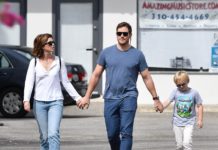 Pratt and Schwarzenegger are Hoping to Have a Child Soon