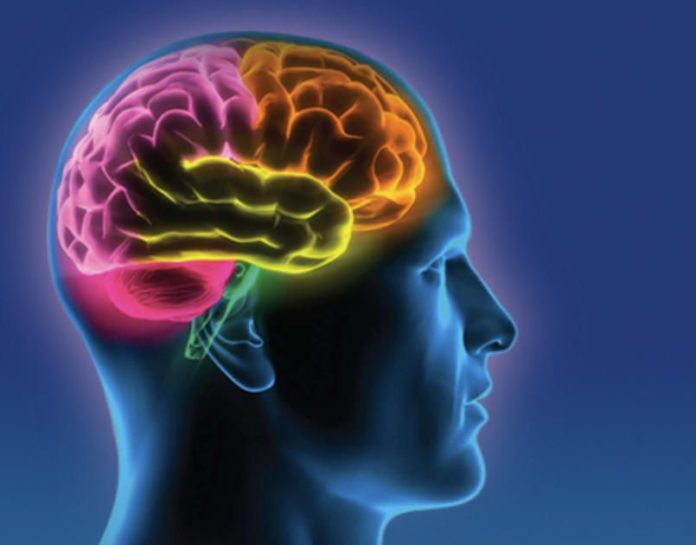 I was out sailing with my lovely wife Kathy on the San Diego harbor. It was a beautiful summer day. We had just brought the boat in, and I was walking to the car when I found myself on my knees in the parking lot. There was something very wrong.

I had a severe pain in my neck that felt like someone had applied an electrical appliance to my throat. On a pain scale of 1 to 10, it was a solid 11. And then, after about a minute, it was completely gone.

My wife looked down at me on the ground and grabbed at me, “What’s wrong?”

That was the start of my journey into Hell. I had no idea of what had just happened, and after a day, like most guys, I decided to pretend it didn’t happen. But in two days, it came back—just as nasty as the first time. I began to be concerned that I had a heart attack. I went to see a cardiologist, and my EKG was normal. My blood profile also indicated that I did not have a heart attack, but the problem persisted.

Over the next ten days, my wife scheduled me to see as many doctors as I could, because the problem was getting worse and worse. I saw ten doctors in ten days because my wife just started calling physician’s offices and saying I would take the “first available” appointment (usually a cancellation of someone’s existing appointment). We would receive a call from the physician’s office that an appointment had opened up and would head out immediately to take that appointment. In ten days, I saw the following specialists:

The most degrading experience was seeing the psychologist—I have nothing against psychologists, and even recommend them strongly for emotional issues; however, this particular doctor tried to convince me that my pain was imaginary. Even as sick as I was, I knew this pain was real.

The most disturbing experience involved spiritual healer. I am a big fan of the mind-body connection, and as a scientist, I am more than aware that one of the most potent medicines known is the “placebo”. A placebo is a medicine that has no medical value—like a pill filled with rice flour or a sugar pill. If your mind thinks that the placebo will work, however, it often does—to the point where most formal clinical trials compare the “treatment” against the “placebo”.

But back to the spiritual healer— this woman lit candles, pressed on various parts of my body, and burped loudly to remove “my toxins”. I did not want to be there.

It was finally the neurologist who helped me. He listened to what happened, and said that my symptoms could lead to one of three conditions; 1) a brain tumor, 2) multiple sclerosis, or 3) a blood artery had pressed against a major nerve in my brain. In the third situation, with every heartbeat, the artery would move back and forth slightly, acting as a saw and cutting through the protective myelin sheath over the nerves and eventually sawing through the nerve bundle itself.

The diagnosis was determined through an MRI, and as I lay with my head stuck in a massive doughnut-shaped marvel of medical science, I was anxious which one of three conditions I had.

It turned out that I had the third condition— an artery was cutting through my nerve bundle. As the artery cut through, it stimulated all of my nerves to fire at the same time.  The nerve bundle in question was in my glossopharyngeal nerve, which provides the ability to feel in your neck, back of your throat, and ear, and helps you swallow. It also helps keep blood pressure in check. Overall, it is a pretty important nerve and is in a very sensitive area.

My neurologist informed me that in most cases, the source of irritation to the glossopharyngeal nerve is never found. The MRI confirmed the diagnosis by ruling out the other two options (brain tumor or multiple sclerosis), which are visible on an MRI. The soft tissues of the artery and nerve bundle cannot be seen—so the doctors don’t know where the problem is.

The neurologist gave me some drugs that are commonly used to treat epilepsy and cancer patients and sent me home.

While the drugs helped somewhat, they made me feel like I was always drunk. It was not a feeling that I cherished. The other problem was that as time went by, I needed more and more of the medication to reduce the episodes of pain. I quickly approached the maximum dose that I could take.

Life with severe pain is not pleasant. I became extremely depressed and would sit in a chair just staring at the TV. It didn’t matter what was on. At times, my wife would come home, and the “home shopping network” would be on—something I would never, ever watch.

I was the CEO of my business and could not work. I was the father of three daughters, and could not interact with them. I was the husband of my wife, and could not be anything more than a lump on the couch. The pain occurred every twenty minutes at a solid ten on the pain scale and lasted for about three minutes. The fear of the pain coming back was overwhelming and just tore through my soul. I considered suicide to escape constant depression, anxiety, and stress.

My wife saved me. Once we knew the diagnosis of Glossopharyngeal Neuralgia, she went on the internet to find the physicians that specialize in this disorder. My wife first identified the University of Pittsburg as a leading center for this disease. I was ready to get on a plane from San Diego and sit in their office until someone saw me. Eventually, my wife discovered that the University of California, San Diego, was also a center of excellence for this disease. She called them and was surprised that the department head for neurosurgery answered the phone. She quickly related what had happened to me to the doctor, and his response was immediate, “Come in tomorrow morning.” How often does that happen?

We met with the doctor the following morning, and after reviewing my MRI, he only asked me two questions: “Did the symptoms come on suddenly?” and “How often do you feel the pain?” I wrote the answers because the act of talking triggered attacks.

After reading my answers, the doctor stated, “Well, today is Friday, and I can’t get the surgical team that I want on the weekend. So I’ll rearrange the operating room schedule for you to get you in on Monday, and we’ll go in, find where the nerve and artery cross, pull them apart, and put in a piece of Teflon plastic between them so they don’t tangle up again.”

He prescribed pain killers usually given to brain cancer patients and told me to take as many as needed to get through the weekend. “We will do surgery on Monday,” he finished. How often does that happen?

After a 6-hour micro-neurosurgery session in my brain, they found where the artery and nerve crossed, pulled them apart, and placed a piece of Teflon in my brain. The doctor later said that this was the worst case that he had ever seen, as the nerve and artery had wrapped around each other like a pig-tail hair braid.

Since that operation 15 years ago, I have been 100 percent pain-free. How often do we mask the symptoms of our medical problems, rather than addressing the cause of the problem?

Glossopharyngeal Neuralgia affects 1 in every 1,000,000 people. When it occurred, I was able to see ten doctors in ten days and get a diagnosis of the problem. Once we knew the problem, my wife was able to find one of the top two specialists in the world three miles from my house, that personally took her call, got us in to see him in one day, and did surgery (after rearranging the surgery schedule at the hospital) in three days. The problem was cured. As a scientist, I would have a problem calculating the probability that this could happen at all. It is more in the “faith” area, my miracle (I am Catholic, so I think in those terms).

Being the recipient of a miracle leaves you with an obligation to the world. I am more than aware that I was given a second chance at life—to see my daughters grow up, to spend more time with my wife, and to pursue a life of meaning.

Recovering from brain surgery, even though my pain was completely gone, took some time to get over, but I was steadfast in my goal of paying back the miracle I received by way of pursuing a life of meaning. While I could walk and function the very next day, I could not bear loud noise, groups of people, strobe lights, or even watching TV. So I could not immediately go back to my job as the CEO of a company (Jubilance for PMS) I had developed earlier. I decided to spend my time reviewing what had happened to me, why it had happened, and trying to figure out how to prevent it in other people.

As it turns out, the real problem I experienced was aging. As we age, our arteries continue to grow, getting about 15% longer. As I had stopped growing at about age 23 (at least vertically), the blood arteries just folded over as they grew longer. Only by bad luck, one of those arteries grew next to my nerve bundle in my brain and slowly cut through it.

As a physicist, I am trained to look at large amounts of data and come back with some small “nugget” that describes the data. When I looked at the real problem, aging, I noticed that almost nothing worked to reduce the rate of aging.

Read about how oxaloacetate and aging come together to form a new solution for PMS – Jubilance for PMS – in the next article in the series, The birth of benaGene, a new anti-aging supplement: Thermally Stabilized Oxaloacetate.

This article is written in collaboration with the Jubilance company.