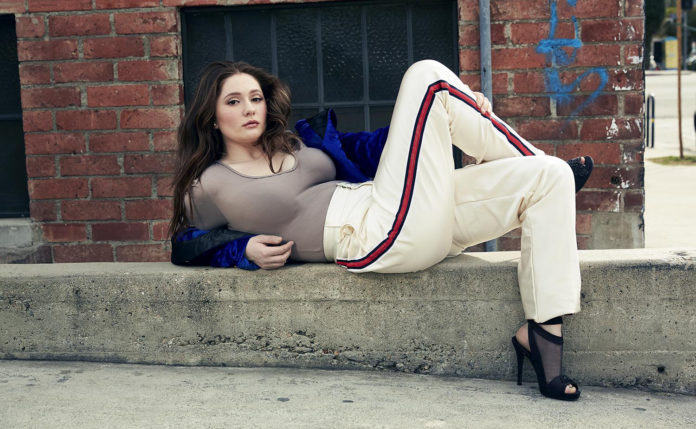 Actress Emma Kenney is best known for her role of Debbie Gallagher, in the TV series “Shameless” on Showtime. She also plays the role of Harris in the “Roseanne” reboot series on ABC, as well as in the spin-off show “The Conners”.

Emma Rose Kenney was born on September 14, 1999, in Manhattan, New York, USA. She is the daughter of Gillian Kenney, who works as a criminal defense lawyer, and Kevin Kenney, a sports writer working for Fox Sports. She has a brother.

She recently had an interview with “Authority Magazine”, where she revealed a lot about herself. Read on to learn what questions she was asked, and how she answered them.

“I was born in NYC and lived in Brooklyn until we moved to New Jersey. I took acting classes in New York and fell in love with it. I started “Shameless” when I was ten years old and was traveling between filming in LA and going to public school on the east coast. I moved to California when I was fifteen years old, and have been here ever since. I graduated high school from an ‘actor kid’ school in Malibu.”

“This industry is so unpredictable and random, honestly, so it’s hard to pick a specific moment because there have been some really odd funny ones that my friends and I will laugh about for days!”

“It’s been crazy recently because I’m currently filming 2 shows, both of which I’m a series regulars, so it been suuuuper busy. I’m wrapping up the eighth season of “Shameless” and just started shooting the new reboot of “Roseanne”. I’m playing Darlene’s (Sara Gilbert) daughter, and the original cast is back. It’s been so dope to be on a new set because I’ve mostly just been on “Shameless”. But now I’m set-hopping and will normally shoot “Shameless” all morning at Warner Brothers then go to CBS Studios to shoot “Roseanne” all afternoon and evening. Coffee has been my best friend!”

“Debbie is a character I’ve turned into a human being. People feel they have watched her grow up. The fact Debbie and I both have human emotions is the only real similarity.”

“Debbie is in a much more positive mindset and has a killer work ethic, which is super exciting and inspiring to play. She’s dedicated and strong and has her eyes on the prize.”

“I look up to so many different people for a lot of different reasons. I’ve grown up with my “Shameless” cast and we have all gone through so much together. I see the way they all handle certain situations and just look to them all in admiration in many different ways. I look up to Bill [William H. Macy’s] HUMBLENESS, Emmy [Rossum’s] STRENGTH, Jeremy [Allen White’s] COMPASSION, Cam [Monaghan’s] DRIVE, and Ethan [Cutkosky’s] GROUNDEDNESS. I look up to Shanola [Hampton’s] KINDNESS and Steve [Howie’s] HUMOR.”

“I think if I can spread positivity and realness to even one person, I’d feel good! I like to promote realness and I love being on such real shows that we don’t get our hair blown out and a full face of makeup on. I like to play a REAL young teenager girl with real struggles because it feels so much more authentic and true for young people to look up to. I’m not saying to do everything the Gallaghers do, but you have to look up to their love and loyalty and drive for sure.”

The young actress has a bright future ahead of her, and we are happy she is enjoying her life at the moment. She is still in the early stages of her already successful young career, and more fame and success lie ahead! 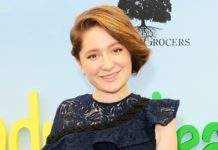