Home Gaming How To Improve Your Gaming Skills In Battlefield 2042 & Impress Your...

Battlefield 2042 is a first-person multiplayer shooting video game available on PC, Xbox One, Xbox Series X and S, PS5, PS4. Unlike the previous battlefield games, presenters have brought a very futuristic perspective to this version with many advanced ideas and designs of weapons. There are three major modes of this game

This game of Battlefield and Lfcarry was unveiled in competition with many other big releases, in a war zone within the industry where the biggest games compete with each other to grab attention all around the world.

Challenges In All Three Modes

This game is designed in such a way that it’s very hard to succeed even for people who have played the game or just began to play in comparison to the older versions of this franchise, it is a game that will expect us to have dialogue and it is very random, chaotic and unpredictable.

Best Tips To Improve In Battlefield 2042

How to use movement

Using movement for map traversal, Bunny hopping is still a viable part of the game, although after the 3 or 4th hop you would lose the amount of momentum needed to make the action worth doing.

What is really useful however is using the hop too wide peak large areas and common traffic lanes, if you really want to peak in an open area, you can slide in to peek the open area and then bunny hop across to safety.

The animation while bunny hopping will make it more difficult to hit and track. Hop peaking should be used to cross open areas safely. But in the case when you know that someone is around the corner the better action is to jiggle peek the corner and pre aim to get the most effective spread as possible.

How to take gunfights

Previous battlefield titles have always given a certain amount of freedom to go where you want and move throughout the map and over time the maps were learnable and knew what options were available but that was very much restricted in 2042. These maps and objectives are so open and big that it’s impossible to manage even if you learn a map

You should absolutely be in a mindset to prioritize 1v1 engagements over getting big flanks, with the number of players, vehicles on the map, and the map being so big, the big flanks are not that effective in 2042, you will get killed if you start running at people.

Prioritize on taking one player at a time as opposed to seeing multiple players at once, the key to success in 2042 is controlling the area around as best as you can.

Patience is more important than ever, not camping but obtaining information while holding an angle or a head glitch. We must take a few seconds to listen to footsteps, gunfire or to look and see if another person is out in the open, this information can be very helpful to save our lives.

If you find yourself with no ammo angel’s loadout drop will provide you with a complete reload of the entire kit, map your favorite attachments to your weapon in the plus system at the start of each round

Knowing exactly where people are and knowing how many people are there if they are firing a gun or marked by sensor grenades is valuable information on how to attack a situation, it can tell you the exact number of enemies in the flag while you are contesting it.

Learn the outer edge of all the flags in the game and before taking on a flag, quickly step on the numbers count to see whether you can take the fight or not and if it’s more to handle check the minimap to see if teammates are nearby if you are alone and outnumbered it’s wise to not pick a fight. This way minimap can be very effective.

Smoke grenades have always been useful in battlefield games but they are extremely useful in this 2042 if you have an adventurous playstyle.

Smoke grenades are highly recommendable since they provide almost immediately on impact, there is no delay in how the smoke pops.

Battlefield 2042 is an objective-driven game, considering the number of players and the size of the map it is not the right choice to go for kills to add more score Lfcarry, you can not run into players blindly for fancy kills.

You can end up losing games more than usual, to win games and succeed you need to play the objective, know your playstyle, understand your role and play accordingly, communicate with teammates over discord for better dialogue and attack or defend with a plan to accomplish the objective.

2042 is extremely chaotic and punishing to play alone, the game is simply more fun with friends, you connect over discord and attack together with a plan, as a team each player must be having unique skills and roles to play collaboration becomes a big part.

Keeping that in mind you should not be playing for each other, you might lose two or more lives in place of one. You should understand the right moment to respawn and you should also understand when to wait. If you are in the danger zone, under the eye of the enemy, you must wait till the right moment or you will be costing your and your teammate’s life as well. Take a look at the surroundings, under where the snipers and enemies are, and act accordingly. 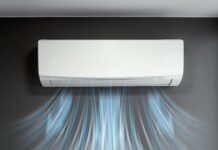 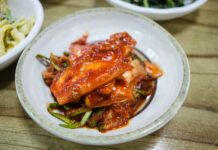 8 Tips on How To Set Up A Homemade Kimchi Business 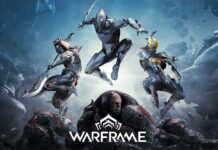 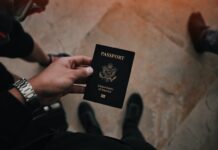 How to Become A US Citizen 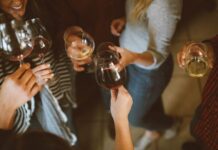 How to Enjoy a Safe Night Out With Friends 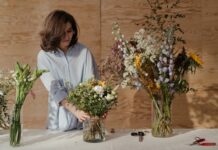