Home Music How Rap Music Is Increasingly Materialistic, Changing From Its Roots

Rap is a musical form of delivery which occupies a space between speech, prose, poetry and singing. Rapping, also known as rhyming, spitting, or emceeing, can be traced back to West Africa, where the griots were telling stories rhythmically, over drums. During the mid-20th century, Caribbean musical culture was influenced by American music, which led to the development of rap.

At the end of the 1970s, a Jamaican immigrant, DJ Kool Herc, started delivering simple raps at his parties, and he is considered to be one of the first rappers. Later on, Herc explained that his inspiration for rap came from James Brown and an album Hustler’s Convention by Lightnin’ Rod.

Rap then evolved into a form of political expression for working-class African Americans to spread awareness about hardship in their communities. With time, the genre became popular among gangsters. The most of rap’s biggest names from the 1990s were known as drug dealers and were convicted criminals, including The Notorious B.I.G., Jay-Z, and Tupac. At that time, rap was characterized by stories of violence, promiscuity, drugs, and disdain for law enforcement, and it represented a magnetic rebellion.

In 1988, a song Fuck tha Police by N.W.A was released, and its lyrics protest police brutality and racial profiling. Rap provided access to the topics that may otherwise be hard to talk about. Despite negative associations, rap presented a sense of dependability, support, and community empowerment. On the other hand, female rappers were sexually aggressive and celebrated themselves. Lil Kim is one of the best female rappers, who weaponized misogynistic narratives of gangster rap against the men who dared to criticize women.

The honesty in lyrics and the fact that the subject of songs evolved around artists’ rise to success, forcing listeners to consider the underlying reasons behind these things was survival. The first popular white rapper, Eminem, dominated the scene throughout the early 2000s, and even though violent, his songs were beneficial to individual mental health in areas of coping, emotions, identity, and personal growth. A decade later, the rap game was faced with a dramatic turn.

Being a gangster was no longer that much needed for success, which was proven by a Canadian rapper Drake, who was once described as the furthest thing from the hood. However, it is believed that Kanye West’s 2004 debut album, The College Dropout, paved the way for that transition. His album addressed religion instead of singing about the most common subjects at that time, including drug dealing, violence, and living on the streets.

Rap music has long been a unique way for musicians to express themselves. There is no denying that the lyrical content of rap glorifies violence, substance use, and includes high-risk messages, but because it is built on values of social justice, community, peace, respect, and self-worth, it is mostly used as a therapeutic tool. However, there has been a shift in the industry in recent years.

Even those who are not that familiar with the genre can recognize that rap is not what it used to be. The reality of rap music is driven by two factors, and those include the commercialization of culture and accessibility. Industry insiders are reporting that rap music is becoming more materialistic all the time. A musical form driven by raging energy and creative force, it now often seen as misogynistic and materialistic. In fact, the Lottoland tool lets you compare which rappers are most cash obsessed.

The roots of rap music were quite different than what we are hearing today. Before materialism took over, some of the most highly praised rap songs included Changes, California Love, and Juicy. The first two songs were by 2Pac while the third one was by Notorious BIG. Songs like these were thought to have deep seeded roots.

Most will agree that today, the subject of most rap songs is acquiring large amounts of money. In today’s rap scene, those that are the most guilty of writing songs about money are Cardi B, Playboi Carti, Lil Uzi Vert, Gucci Mane, and Meek Mill.

Cardi B is at the top of the list thanks to her moneycentric lyrics. Estimates state that 79 out of 1,000 words in a typical Cardi B song have to do with money. However, she has gone platinum three times, so the mentions of money appear to be effective.

At 22 years old Playboi Carti has also amassed a fortune from rapping about money. Every single song he has released mentions the topic of money in one way or the other.

Lil Uzi Vert is another rapper who doesn’t shy away from the subject of money. 1.44% of his songs mention it in some capacity. He too has benefited from the subject of money as he has gone platinum two times. Mentioning money just as much in his songs is Gucci Mane. His list of rap hits include Money Calling, Me and My Money, Money Machine, Love For Money, and Making Love To Money.

Probably no rapper is better known for his love of money than Meek Mill. His money themed playlist includes song titles like Money Ain’t No Issue, What’s Free, and For The Love Of Money. He is one of the biggest examples of how rap music has become materialistic.

Money often goes to the heads of the most successful rap musicians. Many of them have earned more money than high profile athletes. One example is Dr. Dre. His total monetary worth is $800 million and he has brought many of the top rap artists into the industry, including Eminem. Jay-Z has made so much money from rap music that he is now a billionaire. He brought artists into the industry such as Kanye West.

Even rap artists in countries like China and India are making a killing from the industry. This is particularly impressive in China as the country’s censors are so strict.

All over the world, rap artists have their eyes on the prize. Money is the main motivation for making music. 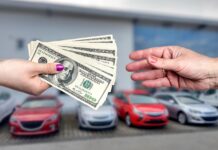 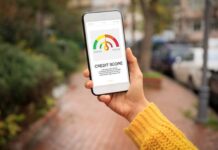