Music is not only an expression of talent and cultural heritage but also a source of human emotion. Not surprisingly, music in its various genres can have a tremendous impact on our intellect, body, and soul.

In this article we will try to figure out when and why music affects our performance and what kind of music can help us stay focused and organized while studying.

How music affects mood and psyche

Scientists have found that people are influenced by the following factors:

• the sounds of particular musical instruments,
• traditional melodies,
• modern trends,
• a person’s psychological state of mind,
• the works of certain authors,
• a certain genre of music.

Our mood cannot be influenced by specific things or actions. The underlying factor for moods is our overall situation in life. Moods are also influenced by events, words, and the inner state of a person.

It is worth keeping in mind that different genres have different effects on our mood. A strong psychological effect will be:

Music for studying and concentration: how to choose the right one?

To study effectively, a student needs concentration and high productivity. And music helps us in this. The main thing is to choose the right melodies.

Researchers at the Birmingham University proved the effectiveness of music when performing monotonous activities. Filling in spreadsheets, checking emails, working with formulas and any other boring activities can be done faster with music.

But when doing complex intellectual or creative work, it’s important to choose the right music, not just the presence of it. Here are examples of music that will help one learn better even when the brain and body are resisting.

Researchers at Rensselaer Polytechnic Institute found an increase in performance in people who studied in open spaces where sounds of wildlife were reproduced.

Like white noise, nature sounds mask the extraneous sounds (hum, human speech, traffic noise) that are so distracting to humans. They also improve concentration and cognitive function. Sounds of birds chirping, rain, babbling brook, and mountain stream noise had a favorable effect. All of them increase attention when performing some kind of activity.

We all have songs that make our hearts beat faster and our smiles expand exponentially.

So scientists have noticed that a playlist of favorite tracks makes a big difference when you’re studying.

Teresa Lisiuk from the University of Miami in her research concluded that stress leads people to rash decisions, greatly reducing the attention span. But to improve the mood your favorite music will help, which broadens the mind and increases the number of options for solving the problem.

Different people perceive their surroundings differently. And some get distracted when listening to their favorite song, going completely into it.

A Taiwanese university conducted a study in which they found: maximum and minimum attractive melody leads to a decrease in concentration in some people.

If you are one of those who is very distracted by familiar music, try to choose melodies for study, to which you are indifferent and which do not evoke any expressed emotion.

Research by Cambridge Sound Management showed that it is not so much the noise in general that causes a decrease in productivity, but the words (both separately and as part of the music).

Hearing human speech, our brains automatically switch from the task at hand, trying to identify the topic of conversation. It’s our nature that we shouldn’t struggle with.

The tempo of music greatly affects the human state of mind. This is confirmed by Canadian studies, which found better performance in those who took IQ tests to dynamic music and in particular – to the music of the Baroque era.

Researchers from the University of Philadelphia and Baltimore Hospital and the Malaysian College of Engineering confirmed its effectiveness. Moreover, a significant stress reduction was found as a result of its use. The subjects showed signs of relaxation while listening to music with a tempo of 60 beats per minute.

The ideal volume for listening is not low or high, but medium. Researchers at four universities concluded this, noting the power and positive effects on creative thinking when listening at medium volume.

Other music that comes in handy

There are other positive effects of music that can be used to your advantage. Classical music for learning and concentration.

When a person listens to classical works, the following phenomena are noted:

It is also interesting that certain composers and compositions have a certain effect on a person:

Listening to heavy music intensifies every emotion, both positive and negative. Rock music gives a person energy, but it shakes his or her inner equilibrium and changes the perception of rhythm. Therefore, while doing your homework, we would not advise listening to such compositions, to avoid turning to the essayassist later.

Numerous studies indicate that the monotony and rhythm of most rock songs have negative effects on the body, especially children at the age of 11-15 years.

Scientists have managed to prove the negative effect of pop music on memory and attention because it is dominated by a monotonous rhythm. So this music is not suitable for studies and work, for memorization.

Rap awakens aggression in a person, and its monotony promotes anger, irritability, low mood, and emotional tone in general.

The blues has a positive effect on human emotions, reducing irritability. But jazz has a rather negative effect, disturbing inner harmony. Reggae improves mood, increases emotional tone, prevents the emergence of aggression and anger.

Scientists strongly advise students not to use this music while studying, because it negatively affects the intellect. Sometimes it becomes the cause of increased tension, irritability.

Knowing this information, you can arrange your learning process so that you have to put only a minimum of effort to memorize. Music will do the lion’s share of the work for you. And by contacting the service student help, you cannot waste precious time on coursework, tests, labs, and enjoy life and your favorite music! 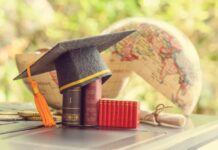