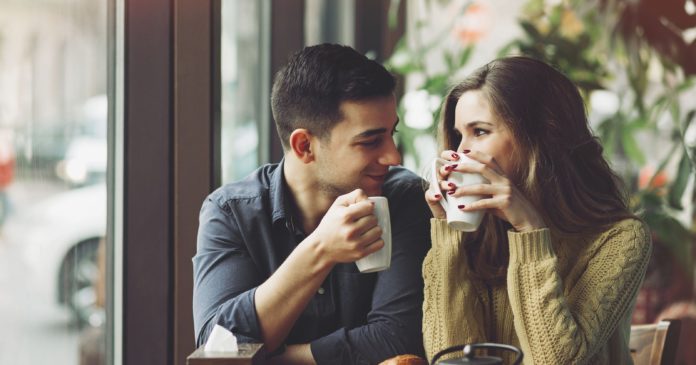 We can all agree that dating has changed drastically in the past 100 or so years. People now live differently than they did a few decades ago. We are not talking only about everyday life, but also about cultural transformation and the effect of technology. When it comes to this topic, some people would like to go to the past, while others like the things just as they are today. In the following text, we are going to discuss how things have changed.

Back at the beginning of the 20th century, men and women met at different kinds of social gatherings, and lady’s parents would always be present. If a man was interested in a young girl, he would have to follow the so-called “gentlemen protocol”. He would come to lady’s home and hopefully, get invited inside. If he got an invitation for another visit, he would be at liberty to call and visit the girl during the hours established by her parents.

In the 1920s, people started going on dates. As you can imagine, men were expected to pay for it. This cultural changed was caused by the fact that people were exposed to a larger amount of potential partners at school, college, workplace, etc. Also, they started to observe dating as a mean to have fun, instead of finding a spouse. Clearly, after a few successful dates, people would form more intense, “exclusive” relationships.

During the 1950s, the term “go steady” was established. In order to announce a relationship between two people, a man would give a girl some piece of his clothing like a jacket, sweater or even a ring. During the 1960s, the way people perceived sexuality changed significantly. This decade’s youth wanted to make a revolution, and that is how “free love” came to existence. During this period, sex before marriage was no longer taboo, and young people explored their sexual feelings freely.

This brings us to the present day and online dating. Nowadays, millennials use numerous apps and websites to find their perfect match. You have to pay for some of them, while others allow you free online dating. All one has to do is to create a profile, add some basic personal information such as name, age, and gender, and start browsing through other people’s accounts. Some people enjoy this and think it is the best and easiest way to find a potential partner since they can learn about someone’s interests from their profile description and can choose who they want to talk to. On the other hand, others prefer meeting people in the old fashioned way – you know going out to a bar, making eye contact across the room and start talking with someone. If you still don’t have an account on dating app, you can find the list of top free dating sites online one of which is free.date. The main advantage of online dating is that you can immediately come into contact with as many people as you like and start conversing with them.

All in all, these are some major adjustments that have happened in the last century. What do you think – has dating changed for better or for worse? Are you comfortable enough with online dating scene or would you prefer to go back to the early years of the 20th century?

The Question that Changes Lives: What Makes a Proposal Special?

How to Get to Grips with Online Dating

Why is Online Dating so Hard for Guys?

Everything About Tinder – From System Algorithms to Recommendations: 2021 Review

How to Choose The Right Phone or Laptop Repair Service

Marela Bush - June 21, 2021 0
Getting your phone or laptop repaired can be a task that could be hard to deal with based on the circumstances. The reason here...

5 Things That Make the Toyota Rush a Good Deal for...

5 Reasons Why Sedans Are Still The Most Popular Car Body...

5 Ways to Stand Out in a Crowd

How to Tell the Difference Between Good and Bad Quality Wine

7 Kinds of Insurance That Can Protect Your Business in 2021

What is the Most Reliable Motorcycle Engine in the World?