Home Finance What Happens When All 21 Million Bitcoin Are Mined

For those of you who happened to stumble upon this article while still deciding whether Bitcoin mining and trading is a world you want to be a part of, the title might have left you puzzled. We’re here to break it all down for you so that you can make a calculated decision.

Currently the BTC price is $43500 per coin. There’s a total of $80 million in circulation. The thing is, there’s only 21 million that could ever be mined. Initially, each new block was worth 50 BTC. This would have been great for those who know how to mine bitcoin, but there of course, like with everything, is a catch. The reward for new blocks halves every 4 years. This means, the 50 BTC reward went down to 25 BTC, then eventually 12.5 BTC, and ultimately to 6.25 in May 2020.

(With the current price of bitcoin, it is not a small amount at all. They get more than $270000 for each block they create.)

The rewards are halved for a reason. It is to ensure there always is a balanced level of scarcity in the market. It is this scarcity that helps bitcoin holders increase their prices. It is the reason behind the surge in the value of bitcoin over the past few years. For this, and for many other reasons, Bitcoin is often compared to other treasures of the non-virtual world. Do click here. to constantly be updated on the goings-on in the crypto-world,

Most frequently, Bitcoin is compared to gold. Firstly, both need to be mined. To mine gold, we need heavy industrial equipment, and to mine bitcoin, a range of technical skills. Bitcoin miners solve complex cryptographic puzzles to verify their transactions, and their mined goods are then added to the blockchain.

To understand how the economy would work, it helps to compare it to real money. In the real-world economy, when there is an increase in cash into the economy, prices go up, and there is inflation. Currently, that is what is happening in the bitcoin world.

Since there are still blocks to mine, there is constant inflow into the economy, and consequently constant inflation. We know about how its value has reached highs never-seen-before. Some transactions are of extremely great value, and it’s thus no surprise that there is such a frenzy related to cryptocurrency. Even those who don’t trade talk about it passionately.

Eventually, when all the 21 million bitcoins are mined, there will not be any more left. Similar to gold, bitcoins are an exhaustible treasure. The bitcoin will then become a deflationary currency. Why? Because it is a common occurrence for people to mine bitcoin and eventually forget about those accounts, causing those bitcoins to be destroyed. Sounds unnecessary to us, but we all forget about online accounts we create anyway.

Compared to a cash inflow into an economy causing higher prices, the destroyed bitcoins would make things cost less.

Currently, miners depend on two things to make money. The minted money, and transaction fees. As we mentioned before, mining bitcoin requires some cryptographic puzzle solving. To ensure that the bitcoin protocol is maintained, this task of mining is extremely important. To incentivise miners, every 10 minutes, 25 BTC are created, and given to those that verify whether a transaction is valid or not.

But once there is no more bitcoin left to mine, experts predict that the scenario will change. Currently, the transaction fees are not that significant. But predictions show that these transactions will become the more integral part to maintaining the bitcoin network, and will thus increase in volume.

How will that change things?

Keep in mind: bitcoin doesn’t currently serve the purpose it was created for. We don’t use it for exchanging goods. We don’t use it to directly buy things. Rather, it is used more for storing value. We don’t know whether that would change in the future, but it suffices to say that once minted money is not a thing anymore, transactions will still be worthwhile.

We can imagine that once all bitcoins have been mined and the general public have gained confidence in its validity as a currency, we might be able to use bitcoin to actually purchase goods and services.

Should we be worried?

Currently, we have a little more than 2 million to still be introduced into the world. Does that mean we’re too late and attempting to begin mining or trading is a lost cause?

Simply put, no. Yes, we did say bitcoin will become a deflationary currency, but the last bitcoin will not be mined till the year 2140. This is because the reward for mining is halved every 10 years. Miners thus have less incentive to keep mining. Parallely, as transactions start playing a more prominent role, the focus slowly shifts to that instead of mining, causing a decrease in the speed at which we will exhaust this limited digital resource.

We’ll be long gone before we have to see that day. Till then, here’s what’s going to go down. Each year, scarcity will increase. And each year, the value of bitcoin will go up. That means, if you haven’t yet, get into the game as soon as possible.

What might happen to the digital gold when all 21 million of them are mined? It’s difficult to say considering the event has been predicted for more than a hundred years later and we have no idea about the economic and political state of the world. But we might assume, if all is kept constant, that bitcoin might penetrate the real world market and be used in the same way we use money. It seems like bitcoin is more than just a trend. It is here to stay. Women Athletes Who Are Creating History in 2020 Tokyo Olympics

How Do I Make a Budget? 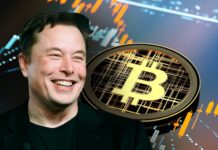 Should You Invest In The Gaming Industry In 2021?

Marela Bush - September 23, 2021 0
If you are looking for a website where you can chat with people about all kinds of topics and even find groups dedicated to...

How Elon Musk Became the Most Influential Person in the Crypto...

How To Improve Your Weapons And Gear Fast When Playing Division...