Home Celebrity Everything You Need to Know About Brynn Hartman 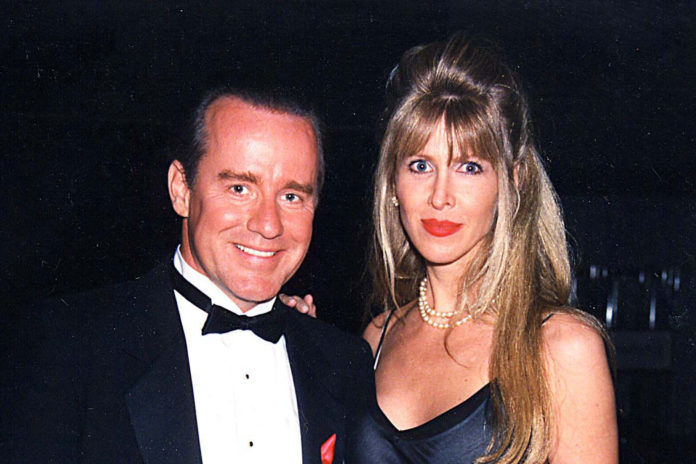 Brynn Hartman had a career as a model, actress, and was married to the television actor and comedian Phil Hartman. She died by committing herself with a gunshot after killing her husband while he was sleeping.

Her parents were an engineer and owner of a retail shop, she was a typical student when she was a kid in an average family who grew up in a small town in Minnesota. While trying to figure out her place in life, she made the decision to quit high school, and she decided to marry Douglas Torfin, a telephone operator in her home town of Thief River Falls.

Wanting to achieve better things in life, she realized she wanted to divorce Torfin, and to make money for herself, she worked as a model in nearby Minneapolis. Still filled with the desire to become successful, one year after that she tried out acting, and relocated to Hollywood, California, changing her name to Brindon and then to Brynn.

After spending a while there she met an aspiring actor and comedian named Phill Hartman on a blind date, the pair hit it off and they decided to get married in 1987. That was the third time Phill had been married and Brynn’s second time. They had two kids together. First, they lived in Manhattan, New York, but they later moved to Encino, California.

Brynn was not happy and wanted to be more successful. She had some plastic surgery done and took acting classes but it didn’t seem to bring her any big success. Only a couple of minor roles and most of the hem thanks to her husband who was becoming more and more successful. She was mostly known for small roles on North (1994) and 3rd Rock from the Sun (1996).

As time passed by she was getting more and more jealous of her husband and his success. He was becoming more famous after being on SNL (Saturday Night Live) and then he started working on a show called “News Radio”. They argued more and more and one night after being out they headed home and had a big fight where Phill threatened Brynn that he would leave her if she did any more drugs. In the same night, around 3 am she shot her husband dead while he was sleeping and then later herself. In the autopsy showed there was alcohol, cocaine and antidepressants in her system.

Since she was married to Phill Hartman her net worth could be seen as his, He was very successful in his career as an actor and comedian. He was pretty big on SNL, where everyone loved his impression of Bill Clinton, and he was also working on a show called “News Radio”. Besides that, he was also an announcer for the show and stayed there from 1985 to 1996. He had a role as Captain Carl on Pee-wee’s Playhouse in 1986. Hartman acted as Bill McNeal on the TV series NewsRadio from 1995 to 1998. From 1991 to 1998 he was a voice actor on The Simpsons animated TV series. He also had roles in the movies The Gong Show Movie, Cheech & Chong’s Next Movie, Pandemonium, Weekend Pass, Pee-wee’s Big Adventure, Last Resort, Jumpin’ Jack Flash, Three Amigos!, Blind Date, Amazon Women on the Moon, Fletch Lives, How I Got Into College, Loaded Weapon 1, Coneheads, So I Married an Axe Murderer, Houseguest, Stuart Saves His Family, Sgt. Bilko, and Jingle All the Way. Thanks to all these roles his net worth at the time of his death was $3 million.